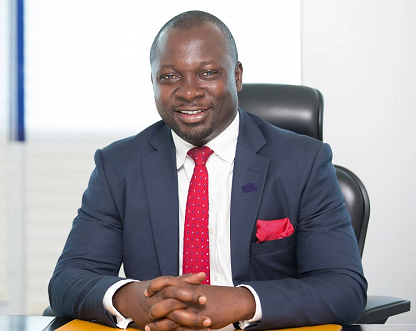 Banks have disagreed with concerns that the cost of borrowing is too high, explaining that the interest rate regime is a reflection of the current economic conditions.

The Chief Executive Officer of the Ghana Association of Bankers (GAB), Mr John Awuah, told the Graphic Business yesterday that the rising cost of living and business operation had combined with other macroeconomic indicators to keep interest rates high, a situation he said was outside the remit of banks.

At an average of 21 per cent per annum, Mr Awuah said banks were charging just enough to cater for the cost of the funds, pay overheads and take care of the risk of default, which the Bank of Ghana (BoG) quoted at 17 per cent for June.

He, therefore, described as unfair concerns that interest rates were still high when inflation, the policy rate and treasury bill rates had eased in recent times.

“It is only in Ghana that everything is going up yet people expect the price of money, which is the interest rate, to be reducing. Banks are businesses too and they suffer overheads; we pay salaries, utilities and buy goods and when prices of all these are going up, how can we reduce lending rates?”

“Banks cannot charge lower rates when the macroeconomic indicators are not low,” he said.

He told the 13-member board of the central bank at its inauguration on August 20 that the rate at which banks lent to businesses and individuals was too high, hence the need for policies to help bring it down.

In its current state, the President opined that the interest rate regime militated against the rapid growth of the economy and the competitiveness of the private sector.

He further wondered why banks were lending to the public at 21 per cent and above when the BoG policy rate was 13.5 per cent.

The President’s concern was preceded by a BoG publication, which showed that banks charged an average of 21 per cent per annum per loan.

The central bank’s average lending rates of banks published in August showed that the highest interest rate was 24.89 per cent while the lowest was 15.97 per cent.

The disclosure on the rates came at a time when BoG’s policy rate had been eased to 13.5 per cent while inflation climbed up to nine per cent in July. The 91-day treasury bill and the Ghana Reference Rate (GRR) have also softened to 12.4 per cent and 13.4 per cent respectively.

While admitting the positive correlation between these indices and the rate at which banks lend to the public, Mr Awuah, who is a former Managing Director of the Universal Merchant Bank (UMB), said it was not proportionate.