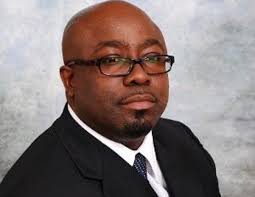 The Ghana Ports and Harbours Authority says the appointment of Dr. Alexander Yaw Adusei, Jr. as the Director of the Port of Keta, currently in its formative stages, is not and cannot be out of place.

It is in keeping with “international best practices”, and “any member of the public” who has any further inquiries towards the establishment of the Port of Keta should contact 0248895551 for further clarification, a statement issued on Tuesday by the General Manager, Marketing and Corporate Affairs of GPHA, Mrs Esther Gyebi-Donkor, urged.

The prodding follows what the GPHA says are “some unfortunate comments by individuals particularly on social media through a series of write-ups, imageries, and video recordings on the role of the Director of Port of Keta, Dr Alexander Yaw Adusei, Jr., and the status of the Keta Port.”

The statement explained that the project is a key agenda of the government, and is also a much-desired dream of the people of Keta for which President Akufo-Addo signed an Executive Instrument (El) in October, 2018, declaring the location in Keta as the "Port of Keta" under the management of GPHA.

“A national strategic project of this magnitude requires Preliminary activities before physical construction. This includes conceptualization, needs and viability assessment, stakeholder engagements, cost-benefit analysis, among others, which usually spans a very long period. Invariably, such activities are best led by astute professionals with requisite legal skills and knowledge in contract negotiation, International Law and project management.

“The immeasurable need for effective negotiations when it comes to Port Infrastructure development and concessions requires experienced negotiators with solid legal background to ensure value for money at all stages of the developmental process and such expertise could not fall under any less capacity below the level of Directorship within the Port Authority.

“As such, the Director of Port of Keta, Dr Alexander Yaw Adusei, Jr. was appointed as the project lead to liaise with the requisite teams to facilitate the background activities toward implementation of the Keta project. Such categories of personnel are placed at the Directorship categories of GPHA's personnel grading systems to give parties the assurances of authority to engage appropriately.

“After his appointment by the President of the Republic in March 2019, Dr Adusei commenced his duties in April the same year to coordinate and to oversee all activities leading to the planning, construction, and establishment of a Port within the Keta Municipality of the Volta Region to fulfill the agenda of the government, GPHA's own Port Master Plan and the Nation's overall Development Strategic Plan.”

The statement said since Dr Adusei was appointed as Director of the Port of Keta, he has successfully led the GPHA team to negotiate and select a consultant to commence the feasibility study of the Keta Port which was signed on Monday, 15th June 2020 and that field feasibility has already taken off.

“An inception report has been submitted and discussed and GPHA is expecting a final report from the consultants in a couple of months. Technically, the Keta Port Director has been leading negotiations and supervising preliminary engineering activities to ensure that a Port is built and established at Keta.”

The statement continued that since being introduced to the chiefs and people of Keta, Dr. Adusei has constantly engaged the community as an official liaison between GPHA and the people and chiefs of Keta in ensuring effective community involvement and acceptance of the impending Port project.

Other roles
The statement said a common feature at GPHA is that “almost every staff is multi-tasking and senior managers are a model in this regard. As a result, Dr. Adusei has several other duties upon joining GPHA.”

His other roles include his membership of;

“Additionally, Dr Adusei is a member of GPHA's negotiating contingent which is currently handling significant concessions including the Ibistek Concession, Tema Dry Dock Concession, RSGT Concession, 20% MPS Terminal 3, and the Handback of Terminal 2 to GPHA. He also avails himself for other assignments given to him by the Director General as appropriate.

“It should be noted that the appointment of a Coordinating Director is an acceptable practice in both the Public and Civil Services, hence one does not necessarily have to be appointed into an existing directorship position especially when justifications have been made, requiring a person of senior managerial status with unique expertise to coordinate activities on behalf of an Institution.”