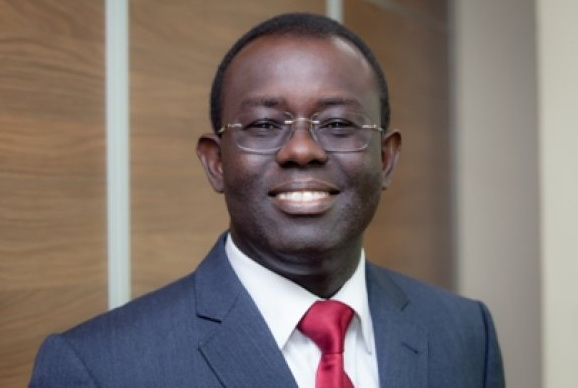 The President of the ECOWAS Federation of Chambers of Mines, Mr. Kwame Addo-Kufuor has called on governments in the sub region to identify and invest in areas of competitive advantage and endowment in a post COVID-19 pandemic economy.

He said while contemplating the cost and adverse impacts of the COVID-19 pandemic, "it was important to point out that it provides a timely opportunity for governments to do deepen internal introspections of their domestic economies to identify areas of competitive advantage and endowment and think new and innovative ways of supporting them."

That he said, would help to stimulate growth and replace the many jobs lost to the pandemic.

"It is a well-known fact that West Africa has huge mining potential, much of which is untapped. Now is the time for new approaches and stakeholder dialogues on how to create enabling environments to attract foreign and local investment into sustainable and responsible mining," he said.

Mr Addo-Kufuor was speaking at the Inaugural Annual General Meeting of the ECOWAS Federation of Chambers of Mines held on December 16.

Local content
He said ECOWAS must also think differently on how to spawn and position local companies to actively participate in mining value chains by manufacturing and selling more to the industry to benefit other sectors of the local economy.

"In trying to meet and exceed current legislation on local sourcing of inputs of production, most mining operators keenly search for local manufacturers of inputs who can supply commercial quantities at the acceptable standards of quality- but invariably they cannot find them," he noted.

Mr Addo-Kufuor called on stakeholders to work together with the mining industry, as well entrepreneurs in manufacturing, fabrication and services provision, to provide the right incentives and training to spawn and support the development of competent local producers of critical mining inputs.

"This is the time to ask why there are either no or not enough local manufacturers of key mining inputs such as grinding media, heavy duty cables, activated carbon, caustic soda in West Africa," he said.

He noted that, "Mining operators will proudly buy from reliable local sources not only in comply with local content laws, but beyond that as part of our corporate social responsibility to support the creation of jobs, reduction of poverty- and taking the benefits of mining beyond tax and royalty payments into the realm of multiplier impacts on the wider economy".

Small scale mining
Touching on small scale mining, Mr Addo-Kufuor noted that there were significant benefits to be reaped from formalised and environmentally responsible small-scale mining in West Africa which contributes its fair share to mineral royalty and other fiscal payments, and which seeks the collaboration of the large-scale sector in enhancing knowledge as well as safety and environmental standards.

He said breaches of all mining laws must be quickly remedied under a proper regulatory regime.

"This is an area of opportunity for sharing of knowledge and experiences among member states and Chambers," Mr Addo-Kufuor said.