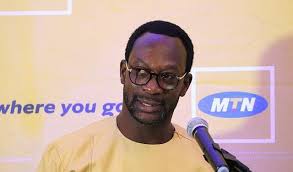 The Chief Executive Officer of MTN Ghana, Mr Selorm Adadevoh, has advised individuals to look at things in a more positive way because the way people looked at things have a way of influencing the outcome. He said sometimes people limit the view in front of them by their own thinking.

Sharing some stories about his life at Springboard’s Global Convocation last year, he said: “Sometimes we really need to change the way we look at things for the things that we are seeing to actually look better.” He said although he graduated from the Kwame Nkrumah University of Science and Technology (KNUST) as a civil engineer, he never wanted to be one. Rather, he said, he wanted to do something with computers. “About two years into my civil engineering course, I discovered computers and I decided that I wanted to do something in computers but I couldn’t just change and continue so I did graduate and figured out how to take that next step,” he stated.

We are all exposed to opportunities in different ways but surprisingly, only a few of us see them,” he explained. In his desire to do something with computers, he said he decided to try and get an internship outside Ghana in his third year in school. “I started writing application letters to institutions in the UK, and civil engineering institutions in the US and a lot of my classmates would make a lot of jokes.

I was that guy in class who was just lost; when people were looking for internships with companies who will always offer internship, I had decided to go and do an internship in the UK and we all laughed about it.” “In July 1997, I got an offer from a company called Taylor Woodrow which happens to be the largest engineering conglomerate in Europe and I was given an offer to come and do an internship. I sent out about 15 letters to get this internship.” “So I left to the UK and for two months in the UK, all I did was printing and binding and learnt nothing about computers and I came back to Ghana,” he narrated. Although he did not learn anything about computers, he said he saw the bigger picture and something triggered a thinking in his mind.

“When I came back, I didn’t tell anyone that all I did was printing and binding but I applied back to them to get a full-time job after school and I was offered that so I went back to the UK to work for them.” “When I got there, my boss took me to this terminal and asked me to design the piles. First of all, I didn’t know what a pile was and secondly, the machine in front of me, I had no idea how to turn it on or use it,” he noted.

After three weeks of grossly being frustrated and embarrassed, he said he decided to quit. “But I saw something, I decided that I wanted to be an IT expert and something dawned on me that being a civil engineer was all well and good but all industries were going to need people who understood technology in the very near future.” “So I decided to fight my deficiencies by attacking my problems so I quit to go and study at home. I didn’t have a computer so I bought books, and studied all about computers.

I would go for interviews and would just recite things from the books but I didn’t get a job for four months and was running away from my landlord because I couldn’t pay the bills.” “The low point in my life was when I was so broke and decided to apply for a cleaning job at Mark and Spencer but I didn’t even get that job too,” he narrated.

He said those were breaking times as all his friends in the UK had jobs, with some of them working as security for the Stratford Shopping centre while others worked as taxi drivers to earn money. “They kept wondering what was wrong with me, you went to school in Ghana, you have come to London and looking for an office job.

It doesn’t work that way but something in me kept me going and I kept studying and going for interviews.” “I did over 400 interviews and I got one job offer but that was all I needed,” he stated.