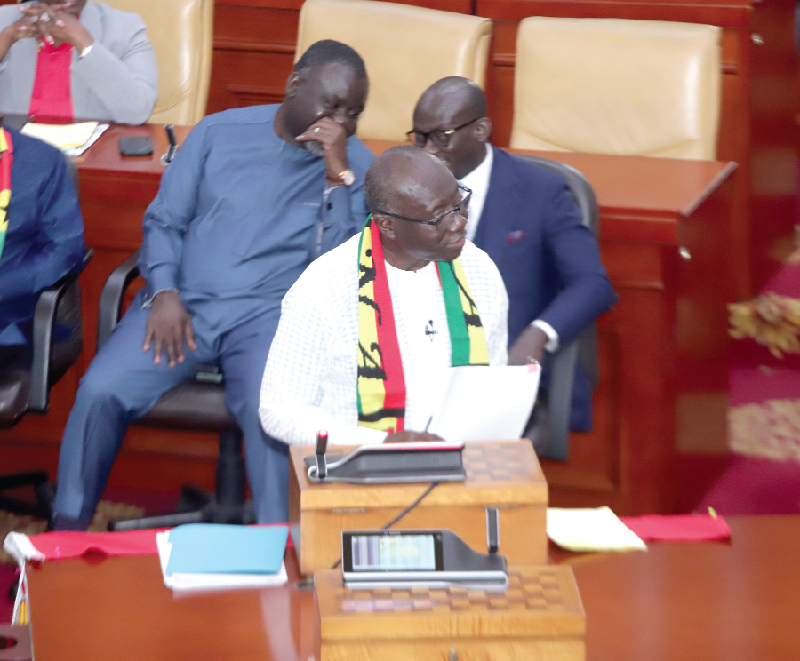 The Government has anchored its 2023 Budget Statement and Economic Policy on a seven-point agenda it believes will restore macroeconomic stability and accelerate economic transformation.

Some actions, initiatives and interventions to be taken by the government under the seven macroeconomic restoration measures include increment in the value added tax (VAT) rate from the current 17.5 per cent to 20 per cent; 0.5 per cent downward review of the E-Levy charge from 1.5 per cent to one per cent.

Mr Ofori-Atta said the government’s goal for 2023 is to significantly enhance revenues, cut down the cost of running government, significantly expand local production, invest more to protect the poor and vulnerable, continue expanding access to good roads, education and healthcare for every Ghanaian everywhere in Ghana and the diaspora.

“This will enable us to generate substantial revenue, create the needed fiscal space for the provision of essential public services and facilitate the implementation of the PC-PEG programme to revitalise and transform the economy,” the Minister said.

Under the seven-point agenda for economic restoration, key government programmes will be reviewed to reflect relevance, promote efficiency and ensure value for money and implement the government directives on expenditure measures.

Among other measures, the government will impose a debt limit on non-concessional financing.

The government will also pursue efficiency in expenditures and Integrate public procurement approval processes with GIFMIS to ensure that projects approved are aligned with budget allocation.

It will also undertake a review of the efficiency of Statutory Funds.

In the area of export, the Minister said the government would boost local capacity, expand its productive capacity in the real sector of the economy and actively encourage the consumption of locally produced rice, poultry, vegetable oil and fruit juices, as well as ceramic tiles, among others.

Government will also cut the imports of public sector institutions that rely on imports either for inputs or consumption by 50 per cent and plans to work with the Ghana Audit Service and the Internal Audit Agency to ensure compliance.

Policies are also expected to be introduced for the protection and incubation of newly formed domestic industries to allow for goods produced locally to be competitive for domestic consumption and for export.

Mr Ofori-Atta said the government will support large-scale agriculture and agribusiness interventions through the Development Bank Ghana and ADB Bank.