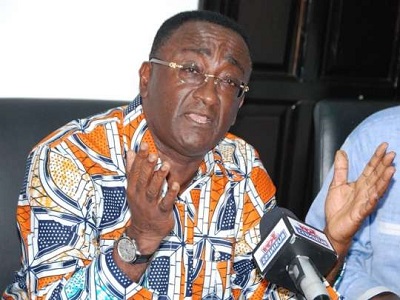 The Government has approved GH¢44 million as compensation package to be paid to poultry farmers affected by the recent outbreak of bird flu in the country.

The Minister of Food and Agriculture, Dr Owusu Afriyie Akoto, who disclosed this in Parliament last Thursday, said the exercise for the payment of compensation would be carried out in a very transparent manner to ensure justice for every poultry farmer who was affected.

Dr Akoto was answering a question asked on the floor of Parliament by the Member of Parliament (MP) for Dormaa East, Mr Paul Apreku Twum-Barimah as to what the ministry was doing to assist poultry farmers who were severely affected by the recent outbreak of bird flu and the measures being put in place to prevent a recurrence.

To forestall the frequent reoccurrence of the bird flu and to combat other animal diseases, Dr Akoto said the government had finalised an Animal Health Import Bill for consideration and passage into law by Parliament.

The passage of the Bill, he said, would ensure the effective regulation of the poultry and livestock industry in the country.

He stated that the ministry, through the Veterinary Services Department (VSD), would be empowered to enforce standards of all animals imported into the country.

The minister said an introduction of a new framework would also ensure that all animal farms were certified and also sanctions were meted out to erring farmers.

These measures, he said, would go a long way to improve the livestock industry.

Dr Akoto said the action plan of the ministry had also been approved by cabinet to address the institutional weaknesses of the VSD for deployment throughout the country.

In view of that, he said the government had given approval for the recruitment of 1,100 veterinary professionals for deployment across the country as part of measures to help prevent the recurrence of the outbreak of the bird flu in the country.

Dr Akoto said financial clearance had been given by government for the initial recruitment of 550 veterinary professionals, while the remaining 550 would be engaged within a period of two years to strengthen the human resource capacity of the VSD.

He added that the government had also given approval for the procurement of vehicles, motorbikes and a number of logistics to revamp VSD to enhance operations for effective surveillance and early detection of the bird flu, rapid response and control of the diseases, intensification of farm visit to ensure biosecurity, depopulation and disinfection to eliminate the high risk of infection.

That, he said, would be preceded by a comprehensive sensitisation programme nation-wide by the end of first week in April 2022.

He said an implementation committee to coordinate the sensitisation programme and overseeing the general containment of the bird flu was inaugurated last Friday, January 28.