Government to spend GH¢27.4 billion in first quarter of 2021 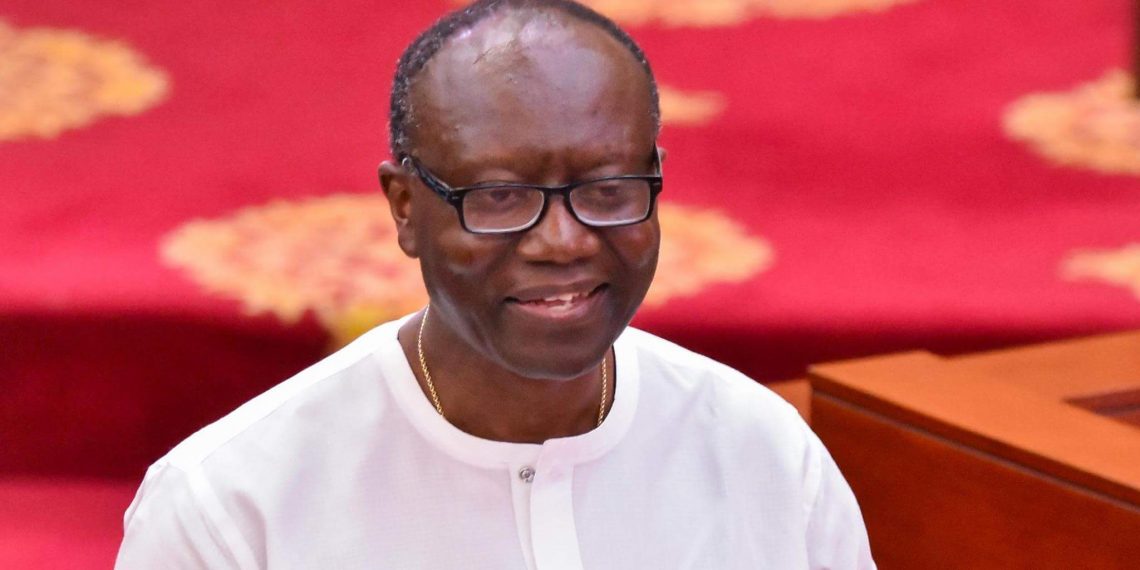 The government has projected to spend GH¢27.4 billion in the first three months of next year.

The amount is to be used to run the country between January and March 2021, pending the presentation of a full budget later that quarter.

It will finance key expenditure items such as debt service, compensation of public sector employees and the activities of key government agencies prior to the drawing up of a full budget for the year in March.

Out of the amount projected for the period, GH¢3.77 billion will be spent on arrears clearance and debt amortisation, while the remainder will be spent on employee compensation and other critical expenditure items.

The Minister of Finance, Mr Ken Ofori-Atta, disclosed this in Parliament yesterday when he requested the House to approve Expenditure in Advance of Appropriation for next year.

The presentation is a provision for the smooth running of government business for the first three months after an election cycle.

It is in line with Section 23 of the Public Financial Management Act (PFM), 2016 (Act 921), which requires the government to draw up a budget for the first three months of a new financial year preceding an election year.

The minister said total revenue and grants were projected to hit GH¢13.3 billion in the first three months of the year.

He said that would result in a projected fiscal deficit of GH¢10.7 billion for the period.

To finance the projected expenditure, Mr Ofori-Atta requested Parliament to also approve the issuance of sovereign bonds of $3 billion, with the option to increase it to $5 billion should market conditions prove favourable.

“To support the 2021 budget and liability management, we plan to source funding from the international capital market. This will comprise the issuance of sovereign bonds of $3 billion, with the option to increase it to $5 billion should market conditions prove favourable,” he said.

Out of the amount, he said, $1.5 billion would be used to support the 2021 budget and $3.5 billion for liability management.

The issuance of the $5-billion Eurobond will be the highest amount ever requested by the ministry since the country issued its first international bond in 2007.

Giving an insight into how the projected amount would be expended, the minister said the entire GH¢27.4 billion would cover government operations, such as worker compensation, ex gratia awards, interest and amortisation payments, transfers to statutory funds, critical programmes, goods and services and capital expenditure allocations to ministries, departments and agencies (MDAs).

He said the programmes to benefit from the estimate expenditure included work on the proposed 111 district and regional hospitals, dubbed Agenda 111, that commenced this year.

“Currently, 88 site plans have been submitted by the district assemblies and the services of contractors and consultants are being procured,” he said.

Mr Ofori-Atta added that in furtherance of the government's commitment to technical and vocational education and training (TVET), it would commence the Jobs and Skills programme next year to support apprenticeship and competency-based training curriculum development in over 100 trade areas and entrepreneurship.

“Also, we will see the beginning of the construction of our flagship state-of-the-art TVET centres (two per region), fully equipped with modern training facilities, in 33 trades/professions across 11 economic sectors,” he said.

The Finance Minister said next year would witness significant investments in infrastructure, especially in affordable housing.

He said the interventions would create more jobs and enhance artisanal skills.

He said the 204 new houses at Tema Community 22 were the beginning of bigger things to happen in the housing sector.

He said the houses were largely constructed and supervised by local contractors and consultants under the National Mortgage and Housing Fund Scheme (NMHFS).

“This project was completed in nine months, amidst the COVID-19 pandemic, and created over 1,500 jobs,” he said.

“We will replicate this housing model across the country and alongside the Agenda 111 district hospitals programme,” Mr Ofori-Atta added.