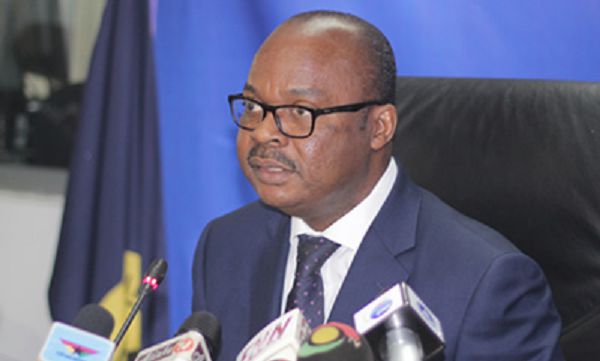 The government is supporting private investors to raise up to GH¢2 billion to invest in some seven properly governed and solvent indigenous banks which are under-capitalised.

The funds are to be raised through the issuance of two bonds and the proceeds will be used to support the banks to raise their liquidity ratios from GH¢120 million to GH¢400 million.

In return, the investors, through a special-purpose vehicle (SPV) – the Ghana Amalgamated Trust Limited (GAT) – would own part of the beneficiary banks in amounts that were commensurate with the amount of funds invested, a source in government told the Daily Graphic in Accra yesterday.

According to the source, the list of beneficiary banks could change as more information came in.

In September 2017, the Bank of Ghana issued a directive to commercial banks to raise their liquidity ratios from GH¢120 million to GH¢400 million, representing more than 233 per cent increment, by December 31, 2018.

Saved by the bell

The source explained that the government was only supporting the transaction by providing partial risk guarantee of up to 70 per cent for the bonds.

That, it said, was to help protect about 3,000 jobs and retain indigenous ownership in the banking sector.

“Our interest is to protect jobs and provide efficient and well-run local financial institutions and indigenous enterprises in the financial sector,” it said.

The Daily Graphic understands that but for the last-minute arrangement by the government, the seven banks would have either been downgraded to savings and loans companies or had their licences withdrawn by the Bank of Ghana (BoG) for failing to raise their minimum paid up capital to GH¢400 million by December 31, 2018.

The central bank is due to announce the list of banks that have met the recapitalisation directive today (January 2).

The government source said the funds would not be drawn from the public purse but sourced by private pension funds.

It said the funds “saw an opportunity to invest in these solvent and well run banks”.

“It is actually another investment source for private pension funds,” it said, explaining that the bonds would be listed on the Ghana Fixed Income Market (GFIM) to allow for trading.

It added that the first bond of about GH¢800 million would be issued in the coming days and the proceeds invested in six of the banks.

“For the remaining bank, some work needs to be done before the money can be raised and invested and the BoG will take a decision on that,” it explained.

The source explained that the arrangement would allow for the GAT to exit after a minimum of three years and a maximum of five years through a sale to existing shareholders or new investors or listing on the GSE.

“This in no way prevents mergers from happening; it may even facilitate them better,” it said, explaining that with GAT’s stakes in the banks, the SPV could later decide to consolidate the banks in a manner that would be efficient and properly planned.