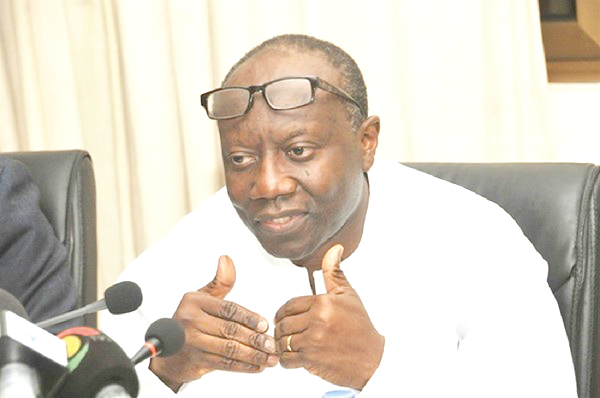 Ghana is currently actively promoting industrialisation yet on the flip side it is also vigorously advancing the cheapening of imports.

In April 2019 when the government reduced benchmark values on imports of up to 50 per cent, it was literally making imported cooking oil, rice, matchets, mineral water and mosquito coils cheaper than those produced by local firms.

By discounting the values placed on these imports, the government had directed the Customs Division of the Ghana Revenue Authority (GRA) to value the goods lower for the purposes of charging import duties.

This meant that the country was making it easier for imported fruit juice, steel and tiles to sell lower than the substitutes produced by the Ekumfi Juice Factory, the B5 Plus Alloys and the Keda Ceramics respectively – all One District, One Factory (1D1F) initiatives funded by tax waivers to spur industrialisation.

It also has a direct effect on the realisation of the National Export Strategy (NES) and job creation.

When domestic manufacturers are weakened by cheap imports, they reduce production and that hits exports, marginalises their job retention and creation capacities and dampens corporate taxes.

With the current bulgy joblessness and the African Continental Free Trade Area (AfCFTA) in full force, one wonders how that policy affects local businesses.

After more than two years of implementation, the outcomes seem not to have examplified the hopes that inspired the rollout: while cargo volumes have failed to rise above their annual average growth rates prior to the introduction of the policy, revenues from import duties have suffered consistent declines, sometimes missing their budget targets.

The Ministry of Finance's fiscal data show that import duties ended 2018 at GH¢6.1 billion but fell to GH¢5.3 billion (against a budget target of GH¢6.8 billion) in 2019 – the first year of the policy's implementation.

It then declined further to GH¢5.5 billion last year but now projected to end 2021 at GH¢6.6 billion.

With collections up to July missing the period's target slightly (GH¢3.68 billion as against GH¢3.71 billion), one wonders if 2021 will be the exceptional year, when import duties will register their maiden annual growth following the imposition of the discount policy in 2019.

As a matter of fact, prices of the affected imports are yet to witness significant reductions.

Imported inflation in the Ghana Statistical Service's consumer price index (CPI) basket has suffered increments within the period, confirming the inability of the policy to subdue prices of imports.

The obvious question then is why the policy still in place.

To be fair, the discount on benchmark values is not entirely a wobbly policy.

When judged on a case-by-case basis, the policy has the potential to strengthen the arm of domestic manufacturers and ease the cost of living of citizens.

By discounting the benchmark values on raw materials, the country was reducing the cost of operation of domestic manufacturers and making it easier for them to compete and even win against imports.

When it came to goods that these indigenous players lacked capacity in, the policy was insulating consumers against imported inflation.

However, by making it wholesale as is the case now, the country is clipping the fragile wings of its nascent manufacturing sector.

This is why recent efforts to review the policy are forward looking.

A leaked memo from the Commissioner General of GRA, Reverend Amissahaddai Owusu-Amoah, to the Minister of Finance, Mr Ken Ofori-Atta, had said that the policy was to be reversed on Monday “to achieve revenue effect.”

Interestingly, however, the directive in that memo has been withdrawn by a press release issued by the authority on Sunday and the implementation date and criteria now deferred to the budget presentation today.

While the negotiations continue, manufacturers and traders have taken turns to amplify their positions on the matter.

While the Association of Ghana Industries (AGI) has called for a targeted review to benefit industrialisation, revenue mobilisation and job creation, the Ghana Union of Traders Association (GUTA) has warned that any tampering of the policy will lead to prices rising by an average of 25 per cent.

Both sides are right in their own estimations but the facts following the two years' of implementation show one thing: the policy has failed to ramp up cargo volumes and shore up revenue – the two effects the government stood on to tout it as necessary to propel growth in Ghana's maritime sector.

Instead, revenues from international trade taxes have suffered declines, indicating that the government is sacrificing revenue at a time when expenditure pressures make every cedi count.

Any reversal will cause despondence in the trading community but the longer the delay, the more the effects fester.

In doing that though, government must take into consideration the need to bolster domestic manufacturing for the purposes of making firms competitive in the face of AfCFTA.

There is also the need to insulate consumers against imported inflation and foreign exchange losses with regard to what local manufacturers lack capacity to produce.