The CTN solution: One year on 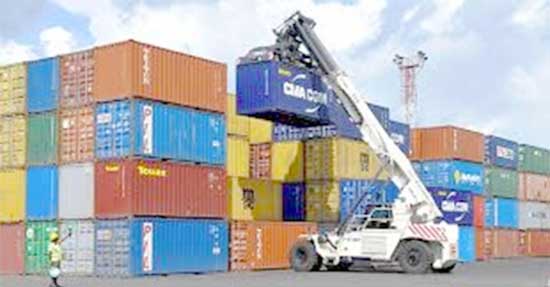 The implementation of the Cargo Tracking Note started on October 15, 2018

It has been reported widely that this leakage amounts to about GHS 1.2 billion annually (Bank of Ghana, Trade Map, UN Comtrade, McKinsey & Company).

At the very heart of this import revenue leakage is a loophole around the primary information (manifest) being fed into customs systems for the purposes of document verification, classification and valuation of imports into the country.

The deficiencies around the cargo manifest and the country’s inability to secure and track import information from the source has provided fertile grounds which some importers and agents are busily exploiting to deny the state of the appropriate import revenue through the seaports of Ghana.

Over the years, Ghana Revenue Authority and successive governments have deployed various interventions to cure this cancer of manipulation of invoices & import declarations by some importers and agents.

However, none of these past interventions have gone far enough to source for shipment information directly from the origin where complete and exhaustive information about the going shipment is available.

The purpose of the CTN is to ensure that detailed, credible and verifiable information about each specific shipment bound for Ghana is promptly collated, vetted and made available to Customs in real time such that, any subsequent information (manifest & declarations by an importer or agent) before or on arrival of the cargo will be compared.

This ensures that any attempt by an Importer or Agent to manipulate the Values, Quantities, Weight, Volume, Description (with HS Code), Country of Origin, etc., is promptly detected by Customs.

The WTO Agreement for the implementation of Article VII of the General Agreement on Tariffs and Trade (GATT) 1994 has established the transaction value method as the primary method for the valuation of imported goods into a country.

The Transaction Value is the actual price of the goods paid or payable when sold for export (GATT 1994, Article 1). Other five alternative methods of valuation are considered only in hierarchical order where the roundly recommended first method is rejected.

Reports by World Customs Organisation (WCO) indicates that about 90-95 per cent of all global import is assessed on the basis of the transaction value. In many of the reporting countries, it must be stressed, though, that information availability, transparency and integrity is of utmost value in the process.

Ghana may be light years behind in terms of finances to pursue elaborate CTN versions on the scale comparable to the USA, European countries and the Asian giants.

However, we are certainly not bereft of the resourcefulness and ingenuity to innovate and develop world-class solutions to our problems.

It is on the basis of this thinking capacity that a net importing country such as Ghana, with an insatiable appetite for imported goods, could also realise its worth as an attractive destination for exporters across the globe.

As a country, we can leverage this attractiveness to fully benefit from our engagement with the rest of the world in order to truly build and sustain a Ghana Beyond Aid.

The CTN financial rationale is very much along this line of thought and as we fly past the first year milestone, we shall continue to engage the government and the authorities to fully appreciate and support the relevance of the initial financial model of the project.

A carefully introduced transaction value regime by Customs in Ghana will not only boldly cure the huge mistrust between importers and Customs but will go as far as broadening the import tax net to generate revenue to the State. Indeed, the CTN designed for Ghana is intended not only to help Customs improve revenue but to do so, while benefiting importers who will now have their imports assessed fairly and transparently on the basis of the actual Transaction Value.

Since the ultimate approval by the President and from the official launch on October 15, 2018 to October 12, 2019, a total of about 16,289 suspected cases of under-invoicing have been detected. Under invoicing here means, attempt by some importers or declarants to deliberately declare lower values to Customs than the actual values of the goods as exited from the country of importation.

The amount of savings to the state as a direct result of CTN information plugging this under invoicing loophole (incessant doctoring of invoices, aka locally made invoice or Ashaiman invoice or Community 2 invoice) by some importers & agents, is about GHS 1.7 billion.

Over Invoicing of Imports by some importers hurts the country in multiple ways, including excessive pressure on the local currency, capital flight, money laundering and transfer mispricing.

Here, some companies deliberately push up their operating costs to the extent that they end up declaring little or no profits at the end of the year and therefore pay little or no corporate taxes to the State.

So alarming is this practice which also enables trade payments and receipts to be exploited for the transfer of illicit proceeds from tax evasion and bribes.
Customs has long suspected this practice and the existence is indisputable, yet the absence of hard core evidence means several companies have gotten away with this nation-wrecking activities for so many years.

Over the period under review, a total of about 13,718 cases of suspected over invoicing have been detected through the CTN platform involving huge multinational companies, as well as some key State institutions.

As with any new system and particularly one that is designed to assist in combatting fraud, we have had our own fair share of subtle actions by some individuals and groups to derail the project. But we remain resolute and focus on this mission for God and country even in the constant midst of cyber attacks with which comes, high security costs.

Ghana is currently the only African country deploying CTN for free and this unfortunately, has exposed the platform to excessive commercialisation by some unscrupulous intermediaries abroad who are charging exorbitant fees to exporters at origin. Some of these unwelcome intermediaries are also using their presence on the platform to engage in commercial fraud and attacks which then increase the administrative burden & cost for control.

The evidence and impact of CTN in just one year of implementation clearly shows that Illicit Financial Flows from Trade-Mispricing (IFFs-TM) is real and militating significantly against the revenue mobilisation of this country.

What is expected now is Concrete Actions from all stakeholders so that the fight against IFFs-TM is moved beyond the usual rhetoric and nebulous concerns.

To this end, the country must associate fully with a study report by WCO published in 2018 which recommends among others, the need to:

Enhance partnerships among Financial Intelligence Units (FIUs), the police and other tax authorities so that information and data can be shared timely to deal with IFFs-TM concealed in trade transactions.

We are grateful for the visionary leadership of the President – Nana Addo Dankwa Akufo-Addo, who demonstrated great courage and conviction to fight corruption in the ports by giving the green light for this project through the Ministry of Finance.

To think that this project, which is currently mandated for only five per cent of Ghanaian importers would generate this much benefit to the nation in so little time, one can imagine how much gains the state stands to benefit if compliance is enforced, and ultimately, project rolled to cover every import into the country.