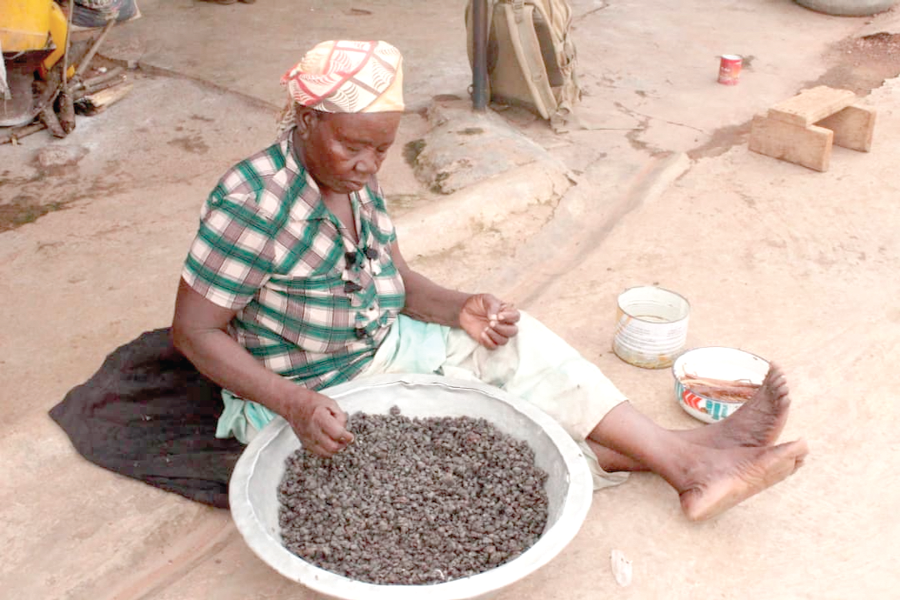 For many people in northern Ghana, particularly rural women, their meals are not complete without the locust bean, known locally as dawadawa.

In fact most often, it is used as a substitute for meat and in some instances, without it, no amount of meat used for food is seen as enough.

A nutritionist, Mr Bawa Salifu, has expressed the view that to be able to attain nutrition security, the consumption of dawadawa is very key because in spite of its rich nutritional values, it is very affordable.

“For us to achieve nutrition security, I think we should pay much attention to dawadawa because it contains all the nutrition and it is very affordable too. “Everybody, including the poor, can afford it”.

“I think we are blessed to have it but some people leave it and always consume processed spices, which sometimes have long-term complications on our system,” he observed in an interview.

Aside from its nutritional values, the produce also serves as a great source of income for rural women, as most of them depend largely on sales made from the produce for the upkeep of their families.

At Wulensi in the Nanumba South District of the Northern Region, 60-year-old Ms Amidu Safura, who is one of the well-known dawadawa producers in the area, said she had been engaged in the business for the past three decades and that was what she used to take care of her children.

“I produce in large quantities sometimes and sell to my customers in the towns. It is very good because we consume some and also sell for money,” she said, adding that she made averagely GH₡100 from it as profit each week.

For the women who produce dawadawa, like Ms Memunatu and Ms Safura, their main challenge was getting the raw materials- locust beans.

She said the dawadawa tree which served as a major source of livelihood for the rural population, particularly women, had been under attack by charcoal burners in recent times as they cut down the trees indiscriminately to burn charcoal for commercial purposes.

The tree is wildly grown and women often go to the bush in search of the fruits but due to the indiscriminate felling of the trees, it is now at risk of extinction.

An environmental advocate, Mr Jeremiah Seidu, in a recent interview with the Daily Graphic expressed worry about the development and said if pragmatic measures were not taken to address the menace, it would affect the livelihood of rural women, as well as draw back the fight against climate change.

He said several women had already started bearing the brunt and were complaining of the dwindling dawadawa pick which was affecting their income and livelihood.

He, therefore, called on the government and various stakeholders to pay close attention to what was happening to the economic trees in the savannah ecological zone, especially dawadawa, and come out with a pragmatic approach to address the menace.