BoG urged to sustain timely release of forex to BDCs 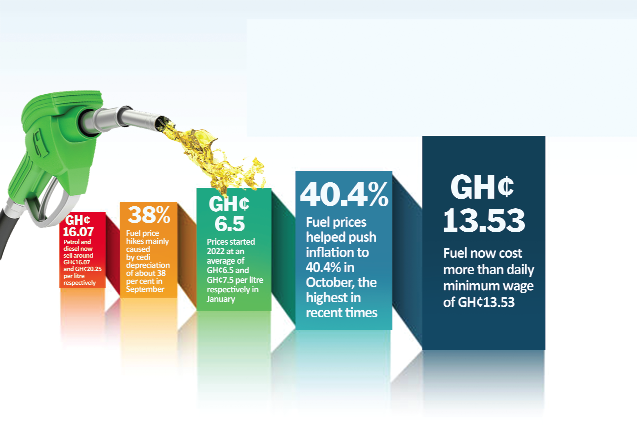 The Bank of Ghana has been urged to sustain the release of the exact amount of foreign exchange (Forex) particularly the United States dollars, required by the Bulk Oil Distribution Companies (BDCs) to enable them to import petroleum products for local consumption at reasonably lower prices.

This follows the release of the required amount of forex demanded by the BDCs to import the products which eventually had a positive impact on the prices of petroleum products at the pumps in the country in the last pricing window which began from Monday.

Results of BDCs Forex Forward Rates Auction held on November 11, and published by the BoG indicated that the bank released $60 million to the players at a forward rate of $13.3138 to satisfy the 24 bidders.

“We entreat the Bank of Ghana not to make this intervention a nine-day wonder but to step up efforts to guarantee the needed forex to, particularly, the petroleum importation market”, the Executive Secretary of the Chamber of Petroleum Consumers (COPEC), Duncan Amoah, said in an interview with the Graphic Business yesterday.

He said there was a need for the government to also take steps to operationalise the Tema Oil Refinery (TOR) which was presently idle to be able to refine crude for the local market.

“We are also reminding our leaders on the urgent need to fix and operationalise the currently idle Tema Oil Refinery (TOR), to contribute its quota to the much needed fuel security in the country while ensuring stability of the cedi.


We are also encouraging a rethink of the strategic role originally assigned the Bulk Oil Storage and Transportation ( BOST ) in holding strategic stocks,” he said.

The reduction in the price of petroleum products such as petrol and diesel at the pumps beginning this week, has been well received by the motoring public because of the positive impact on their disposable income.

According to them, although the percentage reduction was marginal, it was a step in the right direction and could also slow the rate of increase in inflation, the general price levels in the country.

Industry watchers also argued that the development could slow the rate of depreciation of the cedi.

Regarding its impact on inflation, the experts were also of the belief that could be used as a measure by the central bank to fight inflation because of the impact of petroleum prices on the rates.

The second pricing window for this month commenced last Wednesday, the 16th in line with the biweekly pricing policy under the price deregulation programme.

The intervention by the central bank has been largely positive and as such there has been a steady decline in forward rate increases on petroleum pricing.

Crude price benchmarks recorded an increase of between $4-$5 per barrel from $91.86 per barrel to $96.26 per barrel while prices of petrol and diesel have both seen relative stability and decline respectively.

The international benchmarks saw a slight increase in price by less than $6 per metric tonne from $963.43 to $969.08, with a relative stability and availability of the forex to the petroleum importation market.

This pushed retail prices downwards to GHC16.07 per litre on average from averages of GHC17.42 per litre.

International price benchmarks saw diesel prices decline by $123 per metric tonne from $1,220.82 per metric tonne to $1,097.35. The expected retail price in the market, therefore, averagely witnessed a decline from about GHC23.43 per litre to averages of GHC20.25 per litre.