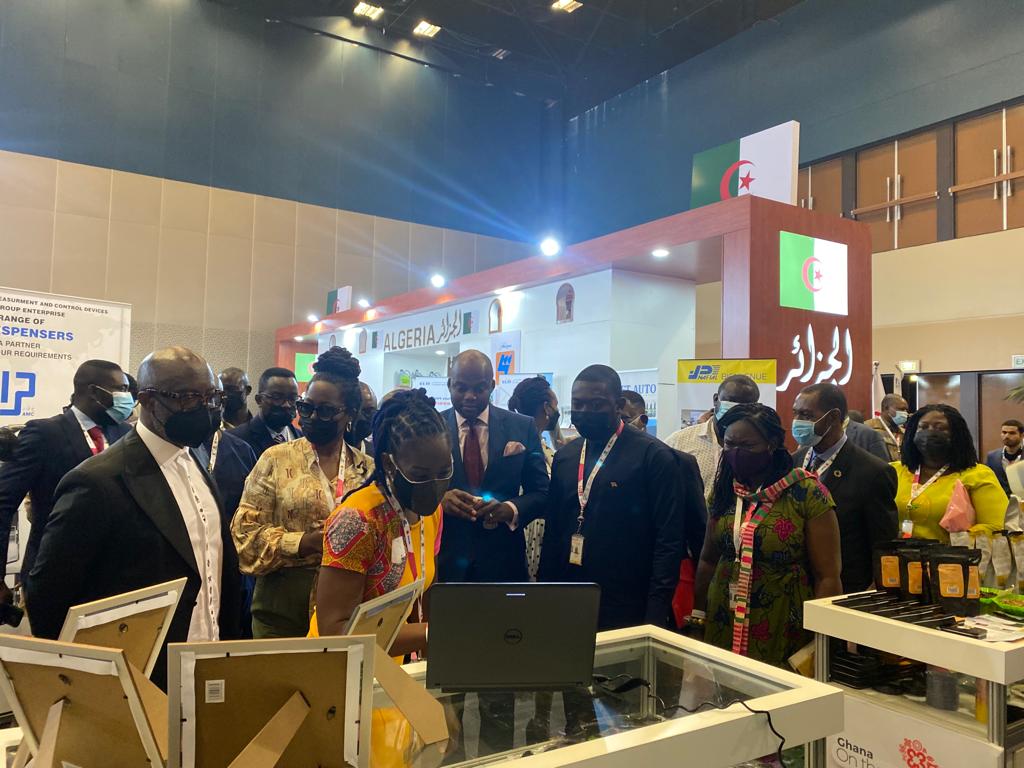 The Deputy Chief Executive Officer of the Ghana Export Promotion Authority, Mr Sam Dentu has assured investors at the Intra-African Trade Fair (IATF) in Durban of the authority’s support if they came to do business in Ghana.

Speaking at the Ghana Investment Trade Forum held at the fair, Mr Dentu outlined areas where investors could do significant business.

He mentioned some of these as cassava, coconut, natural rubber, cocoa derivatives, cashew, shea butter and mango.

Mr Dentu said cassava was one of the major crops in Ghana with great potential for transformation and value addition adding that Ghana was the sixth leading producer of cassava in the world.

He explained that initial investments were required by any investor interested in the cassava value chain for maximum returns on investment.

Mr Dentu said the authority had helped to build the capacity of small and medium scale businesses through training.

The CEO of the Ghana Investment Promotion Council, Mr Yofi Grant gave reasons why investors should be interested in doing business in Ghana.

He mentioned some of them as a robust economy full of opportunities, stable political climate, strategic location and business-friendly nature.

The Deputy CEO of the Ghana Tourism Authority, Mr Alfred Asumadu who spoke on Tourism Investment Opportunities said the country needed three and four star hotels to complement the growth in tourism development infrastructure and the available good hotels

For his part, Mr Neville Matjie, CEO, Trade and Investment, KwaZulu Natal said there was the need to intensify partnerships to ensure that intra-African trade remained meaningful.

He called for better focus on the exportation of value-added products instead of raw materials.

The Chief Director (Trade Invest Africa) of the Department of Trade and Competition in South Africa, Mr John Rocha, said Ghana had been at the forefront of Pan-Africanism and time had come for full economic emancipation since that of only political emancipation was not enough.

Ghana’s High Commissioner to South Africa, Mr Charles Asuoko Owiredu, said the global effect of COVID-19 had made it even more imperative “to approach multilateralism to restore livelihoods”.

He assured investors of attractive packages, an efficient legal system and a stable political climate which were requisites for businesses to flourish.