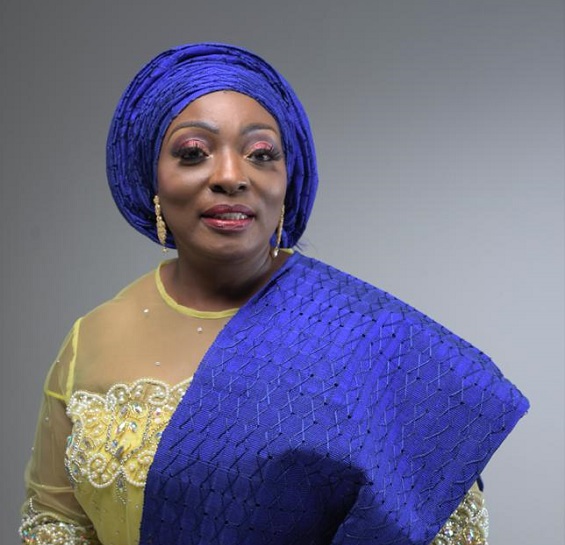 The third edition of the Ghana Business Awards (GBA) came off last week at the Kempinski Gold Coast Hotel in Accra.

The event, which is organised by Globe Productions annually, is in partnership with the Ministry of Business Development, Graphic Communications Group Limited, Nobel International Business School (NiBS), Media General and the Institute of Directors.

As has been the usual practice, every year, some female Chief Executive Officers (CEOs) from both the public and private sectors who have excelled in their fields are equally awarded. This year’s honours went to Rev. Mrs Gifty Lamptey, the CEO of Sidalco Group of Companies, who was adjudged the Woman of Excellence for the Private Sector, while Ms Benonita Bismarck of the Ghana Shippers Authority won the Woman of Excellence for the Public Sector.

The Personality of the Year Award went to Mrs Florence Larbi of the Zoomlion Ghana Limited. We bring you a brief profile of these female personalities who are working hard in a male-dominated environment to push their institutions to the top.

Rev. Mrs Lamptey has contributed significantly to the economic development of Ghana by providing a solution to many cash crop farmers, especially in cocoa production, which ultimately generates revenue for the country.

She has many years of experience both locally and internationally in areas such as manufacturing of agro chemicals, agro food processing for export, real estate development, building of roads, bridges and production of concrete products.

She is a member of the board of directors and founding partner of the Sidalco Group of companies. Until her assumption of the position of Managing Director (MD) of Sidalco, she was also MD of Dominion International Petroleum Limited, Sidalco Roads and Empire Concretes Limited.

Apart from being the CEO, she is also the Chairperson of Sidalco Group of Companies. It is often said that whenever you consume anything cocoa from Ghana anywhere in the world, Sidalco Limited made it possible to guarantee good yields, great quality and great taste that make Ghana’s cocoa second to none.

Under her leadership, Rev. Mrs Lamptey has been able to break grounds into the petroleum industry in Ghana, having been licensed as a bulk oil trading company in 2012. Dominion International Petroleum Limited was the first bulk distribution company in Ghana to start operation by importing a full cargo of 28,000 metric tonnes of gasoline and 30,000 metric tonnes of gasoil for the Ghanaian market.

Rev. Mrs Lamptey is the founding mother and President of the Christian Women Empowerment Group called Ladies of the Cross International. She is currently responsible for the overall working of the group and also instrumental in all strategic decisions.

Education/achievements
Rev. Mrs Lamptey has a Master’s Degree in Religious Studies and Humanity and is a recipient of several high-profile awards such as an ambassadorial status that made her an Ambassador of Women in Africa by the Peristrofi World Honorary International.

She is a recipient of the Pan-African Top Brands Eminence Award in 2018, an honorary professor of Alfred Nobel University in 2018 and the African Female Champion Award at the South American African Middle East Asia Amazons Awards in 2015.

Rev. Mrs Lamptey was inducted into the Global Leadership Hall of Fame in 2015 and was given an honorary doctorate degree from the Zaporozhye State Medical School in Ukraine in 2017.

She joined the Jospong Group in 2006 as the Group Human Resource Manager who contributed greatly to the transformation of the business entity. With great passion for growing a local brand, coupled with hard work, she was appointed the General Manager of Zoomlion Ghana Limited within a year after joining the company.

A major shift was made in her career in 2011 when the board of directors of the company appointed her as the first managing director of Zoomlion, a role she occupies till date. Mrs Larbi has a wealth of experience in Business Administration with emphasis on Human Resource Management, hence her ability to manage the affairs of Zoomlion from a staff strength of less than 100 in 2006 to over 3,000 core staff and 85,000 project staff within 13 years, positioning the company among the top 100 Ghanaian brands.

She played strategic roles in setting up the international branches of Zoomlion International, which is in line with the re-organisation policy and strategy of the Jospong Group. Mrs Larbi doubles as the Chief Operating Officer for the Environmental and

Sanitation Cluster of the Jospong Group, which is responsible for the leadership of over 35 companies within the group.

Education/awards
Mrs Larbi obtained her bachelor’s and master’s degrees from the University of Cape Coast and University of Ghana Business School respectively.

Due to her love for knowledge acquisition, she acquired a diploma in Economics and also took several executive leadership and professional studies from the Graduate School of Governance and Leadership-Ghana, the Gamey & Gamey Academy of Mediation (affiliated to the Pulse Institute, Calgary-Canada), among others.

The Head of Economic Affairs of the French Embassy in Ghana, Mr Olivier Martiel presenting an award to Mrs Larbi

She is currently a member of the Harvard Senior Executive Leadership Class of 2019 in Boston. She has participated in several high-level leadership and social forums, including the MENA CEO Forum, African Leadership Fellows Programme and IFC-IOD-GH Seminars on Corporate Governance for Directors.

She has received several awards and recognitions, including Top 100 Most Influential Women in Ghana in 2018, Top 50 Women Rising and the Most Influential Corporate Women Leaders in Ghana Awards for 2016 and 2017 respectively. She serves as a director on various boards.

Ms Benonita Bismarck is the first female to be appointed as Chief Executive Officer (CEO) of the Ghana Shippers Authority (GSA) and also in the maritime industry.

She has vast experience in marketing, business development and operations. A greater proportion of her working life has been spent and devoted to the shipping industry in Ghana where she has been working and covering markets in Francophone West Africa.

Ms Bismarck handles a portfolio of over 30 corporate business partners in Europe and South America.

Since her assumption of office as the CEO of the state agency responsible for protecting and promoting the interests of shippers in Ghana, the GSA has attained several milestones.

Under her leadership, the GSA led a nationwide sensitisation campaign, in collaboration with other stakeholders, by educating shippers on the implementation of the Paperless Port System in Ghana’s ports and raising awareness of ways to avoid the payment of demurrage.

She also, among other laudable initiatives, led the GSA to sign a Memorandum of Understanding (MoU) among the Burkina Faso, Niger and Mali Shippers councils to facilitate transit trade between Ghana and the three landlocked countries.

Last year, she was adjudged the Woman CEO of the Year at the ninth edition of the Ghana Entrepreneur and Corporate Executive Awards.