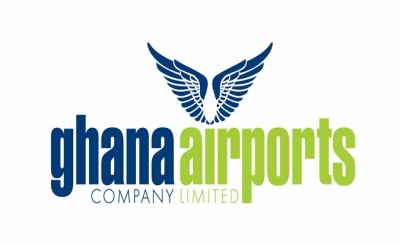 The President, Nana Addo Dankwa Akufo-Addo, has granted approval to the Ministry of Aviation to engage TAV-Summa Consortium from Turkey as a strategic partner for the management of the Ghana Airports Company Limited (GACL).

The search for a strategic investor for the airport company, a move opposed by the local union of the company, started last year but was abandoned following some challenges.

The Ministry of Aviation, on March 18, this year, wrote to the President, requesting for approval to facilitate the engagement of a strategic partner for the GACL to improve service delivery and expand infrastructure at the Kotoka International Airport (KIA).

A March 24, 2020 letter in response to the request, signed by the Secretary to the President, Nana Bediatuo Asante, said: “The President has granted Executive approval for the Ministry of Aviation to facilitate the engagement of TAV-SUMMA Consortium as strategic partners to the Ghana Airports Company Limited for the improvement of service delivery and expansion of infrastructure.”

The Minister of Aviation, in another letter, asked the Chairman of the GACL to kick-start the process of engagement with TAV-SUMMA Consortium to pave the way for the Strategic Partnership Agreement, while ensuring “a win-win situation for both parties”.

The letter, dated June 5, this year, and copied to the acting Chief Director of the ministry and the Managing Director of the GACL, said: “It is our expectation that the strategic partnership will come along with several other benefits to the GACL and also project the image of the company on the global stage.”

A proposal from TAV Airports Holdings, signed by its Deputy Chief Executive Officer, Serkan Kaptan, attentioned to the Managing Director of the GACL, Mr Yaw Kwakwa, with the sector minister on copy, outlined a number of areas to be considered.

The company also offered to look at the airline business growth in the country, infrastructure expansion, strategic management framework and legal framework and agreements.

It also indicated preliminary tasks (project initiation and proposed framework), financial/value for money audit, among many other things.

The Chairman of the GACL Local Union, Mr Issaka Bamba, described the move by the government as “most unfortunate and unacceptable”.

He argued that the company was performing well, was profitable and servicing its debts, all by itself, for which reason there was no need to have a strategic partner.

“This is an international airport and it is doing well. We don’t need any strategic investor or partner,” he said.

According to him, tension was fast rising among staff on hearing snippets of the action being taken by the government, saying: “We will resist this move with all the force we can marshal and it will not be good for the image of such an international airport company, which has won many laurels as one of the best performing on the continent.”

Mr Bamba said airports such as the Kumasi, Tamale, Wa and those in other regions were not profitable, for which reason any such strategic partner should be given those facilities to turn them around, not the KIA.

Again, he said, if it was about injecting fresh capital, the GACL should be floated on the Ghana Stock Exchange (GSE) for Ghanaians to buy shares and own it, as was the case in other jurisdictions, adding that the KIA was a national asset that should be owned and run by citizens.

He said the company was able to borrow millions of dollars on the strength of its own balance sheet, evidence that it was profitable and able to manage its own affairs.

Mr Bamba reiterated the fact that the mood of the staff was not the best and urged the government to reverse its decision to ensure industrial harmony, particularly at a time when the COVID-19 had slowed down activities in the aviation sector.