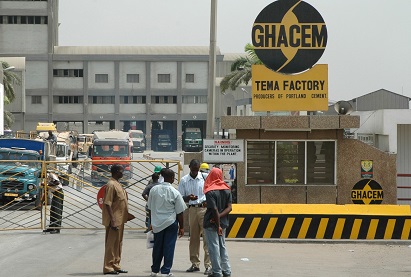 Ghacem, Ghana’s oldest producer of cement, has unveiled a $100 million investment programme to expand operations to meet the rising demand.

The investment which starts immediately with the upgrade of its factories in Tema and Takoradi is aimed at enhancing the production capacity of the plants to produce more to meet increasing demand for cement.

A new factory has also been earmarked for construction in Kumasi in the Ashanti Region to meet demands of customers in the middle and northern sectors of the country.

The Managing Director of Ghacem Limited, Mr Stefano Gallini, disclosed this in an interaction with selected journalists on Tuesday, July 28, on the GHACEM premises in Tema.

Mr Gallini said the new factory in Kumasi formed part of the long-term capital investment to position the company well into the future.

He said the expansion programme in the Ashanti Region would take off from the last quarter of next year and was expected to be completed in the first quarter of 2023, adding that construction works would take 18 months to complete.

He said the new plant would grind clinker, mix it with the necessary additives including calcined clay and environmentally friendly clinker alternative to deliver a high quality product.

He indicated that the expansion programme at the Tema Factory would be completed by the end of this year with the addition of a new grinding and packing plant and an upgrade of existing equipment while upgrading works at the Takoradi factory were expected to take off soon after the completion of the upgrade of the Tema factory.

Mr Gallini said the expansion programmes demonstrated the company's efforts in consolidating its position as the leading cement manufacturer in the country.

He said the company, a member HeidelbergCement group, had demonstrated over the past 50 years that it was committed to the use of local raw materials for the production of cement. He said the expansion programmes would create direct and indirect jobs and wealth for the benefit of the people.

On occasional shortages of the product on the market, Mr Gallini said there was no cause for alarm as there were no shortfalls in production.

He attributed the partial shortages to challenges with the transportation of the products from Accra to other parts of the country or congestion at the ports with regard to the discharge of raw materials such as clinker.

According to him, technically, the installed capacity for the production of cement in Ghana was still higher than the market demand.

The Chief Commercial Officer of GHACEM, Mr Ebenezer Amin Somuah, said the primary focus of the expansion project was to bring the company’s product closer to its clients in the middle and northern sectors of the country. However, should there be a need in the future, the company will consider the export of their products to Ghana’s neighbouring countries such as Burkina Faso and Togo.