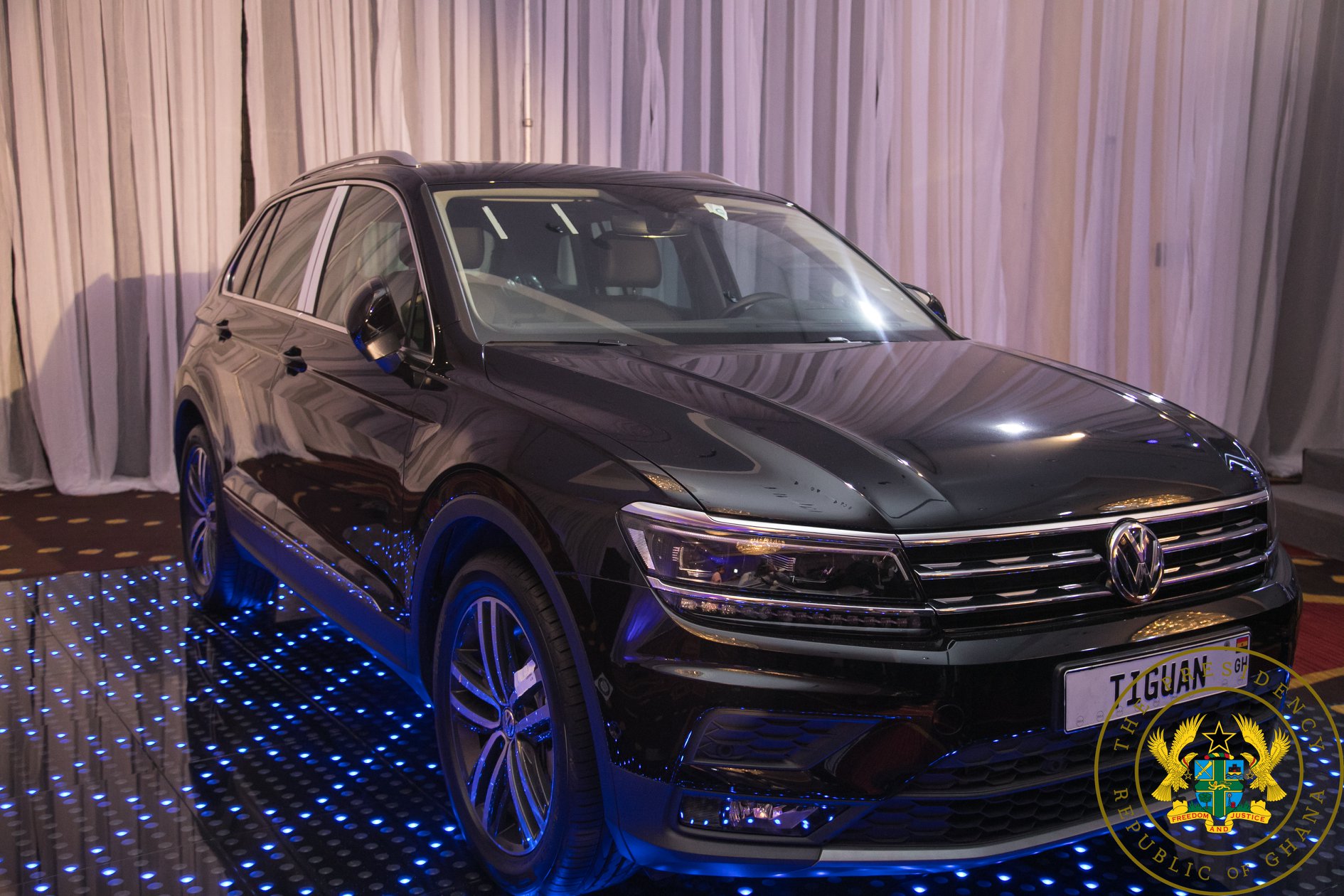 The government is to establish an automobile industry development support centre which will coordinate the technical processes for licensing domestic vehicle assembling and manufacturing.

The centre will also monitor the compliance with industry regulations and standards.

President Nana Addo Dankwa Akufo-Addo, who announced this, said the centre would, among other things, coordinate the implementation of an essential element of a viable automotive sector that would establish a vehicle financing scheme to link financial institutions to individuals and groups interested in purchasing newly assembled vehicles in Ghana.

Speaking at the launch and unveiling of the first locally assembled Volkswagen (VW) vehicle in Accra yesterday, President Akufo-Addo further explained that the automobile industry development support centre would carry out an automotive skills enhancement programme to provide requisite skills for the various categories of the value chain of the automobile industry.

“All these measures are situated in the context of the Ghana automotive development policy. With the Chinese company Sino Truck already engaged in the assembly of trucks in the country. I am hopeful that other global automobile companies who have indicated their preparedness to set up shops in Ghana will soon follow the remarkable pioneering example of VW,” he said.

Two years ago, the government of Ghana signed a Memorandum of Understanding (MoU) with the VW Group to start and establish an assembly plant in Ghana and this was born out of an earlier discussion between President Akufo-Addo and the German Chancellor Angela Merkel during her visit to Ghana in August 2018 on the invitation of President Akufo-Addo during which an agreement among the government, Volkswagen and its Ghanaian partner Universal Motors was reached for the assembling and ultimately the production of VW vehicles in the country.

Volkswagen is one of the brands of the VW group which is in more than 150 markets throughout the world and produces vehicles at over 50 locations in 14 countries. In 2019, VW delivered 6.3 million vehicles and it employs more than 995, 900 people across the globe. It has over 10, 000 dealerships of which Universal Motors Limited which had been in Ghana since 2005 is the official representative in Ghana.

Unveiling the VW branded vehicles which included Amarok, Tiguan and Passat, President Akufo-Addo assured the company of the government’s support in diverse ways to ensure the sustainability and profitability of the company.

To that end, he said the government had directed all Metropolitan, Municipal and District Assemblies (MMDAs) and the Public Procurement Authority to give preference to the acquisition of locally assembled vehicles when public funds were used to buy vehicles.

He said he had engaged representatives of various stakeholder groupings and assured them that the government would introduce the necessary policy safeguards to protect their interest, so that over time, they would adapt to the new reality of the emerging automotive sector.

He further assured them that the intention of the government was not to destroy the livelihoods of local stakeholders engaged in the industry value chain.

“Government will continue to introduce appropriate incentives and support interventions to attract both foreign and local investments into the automobile assembly and manufacturing sector in Ghana. Already, the Kantanka Group, a local company, is in the possession of a licence to undertake automobile assembly operations in the country,”

President Akufo-Addo stated, saying, “The development and modernisation of the industry will present a win-win opportunity for both foreign and local companies engaged in this industry value chain.

He expressed confidence that Ghana was on the cusp of a bold new beginning to repudiate its fast receding culture of failure.

“There were many who expressed doubts about the feasibility of such an assembly plant being established in Ghana and there were those who for narrow partisan consideration described this as a hoax but two years on, we have confounded the doubting Thomases and I am happy to officially launch the first VW vehicle assembled in our country. It is a good day, a very good day for Mother Ghana,” the President indicated.

In the run-up to the 2016 elections and as captured in the NPP manifesto, President Akufo-Addo said he made it known that a future Akufo-Addo government and its industrial transformation agenda would partner private local and foreign investors to develop large-scale strategic anchor industries to serve as growth poles for the economy and one of those anchor industries was the vehicle assembly and manufacturing sector.

When COVID-19 reared its head in the country, he said, one of the key objectives set by the government in response was to use the challenge of the pandemic as an opportunity to inspire the expansion of our domestic capability to deepen our self-reliance.

He said in as much as the pandemic had disrupted the global supply chain, it was also opening up opportunities for the country to enhance its industrial productive capacity, increase its agricultural output to engender its food security generally and boost Ghanaian exports to markets on the continent and beyond.

“A clear case in point has been our recent experiment in the garment and textile sector with the onset of COVID-19. With the support of government, our hitherto dormant domestic garment factories have over the past two months been revived and have been able to produce currently 15,000 face masks and other Personal Protective Equipment (PPE) for frontline health workers and also teaching and non-teaching staff involved in the partial reopening of schools.

“This has saved our nation millions of dollars in foreign exchange and at the time of job losses it has created jobs for thousands of people, especially young people across the country. These job opportunities would otherwise have gone to foreigners who would have chosen to import these PPE,” the President indicated.

He assured of the determination of the government to continue this development with appropriate policy, including insisting that all public agencies purchase henceforth their textile and garment needs from domestic sources.

“We want to replicate this example in all other sectors of our economy, including the automobile industry. We want to assemble and produce vehicles in Ghana and thereby reduce eventually our overall reliance on the importation of used vehicles. This, as a result will create a lot of highly skilled jobs, reduce high amounts of foreign exchange used in the importation of second-hand vehicles and thereby help strengthen the Ghanaian currency while at the same time earn the nation foreign exchange through the exportation of made-in-Ghana vehicles,” President Akufo-Addo stated and said: “That is why I am pleased that a major global automobile company such as VW has decided to assemble a number of its brands in Ghana not only for domestic use but also for the larger West African market.”

For the young generation of Ghanaians, he said, VW is not new to Ghana as it was the vehicles of choice for most first time Ghanaian car owners in the 1960s and 70s with the nickname “tefre”.

The Minister of Trade and Industry, Mr Alan Kyerematen, traced the genesis of the entire process leading to the establishment of the assembly plant and expressed appreciation to all parties, including the DFID and the government of the United Kingdom for the support.

Mr Kyerematen said the establishment of the plant would help reduce import bills of over $10 billion per annum and help save foreign exchange.

The Chief Executive Officer (CEO) of VW Ghana, Mr Jeffrey Oppong Peprah, described the launch as another milestone in the history of the company and the country and said with a population of 30 million Ghana had the potential for a maximum 300, 000 new cars.

He said it was the intention of the company to play a leading role in helping Ghana fulfil its potential of becoming an automotive power house.

The CEO of Universal Motors Limited, Mr Subhi Accad, said the company understood the magnitude of the task ahead and promised to live up to expectation by delivering quality products.