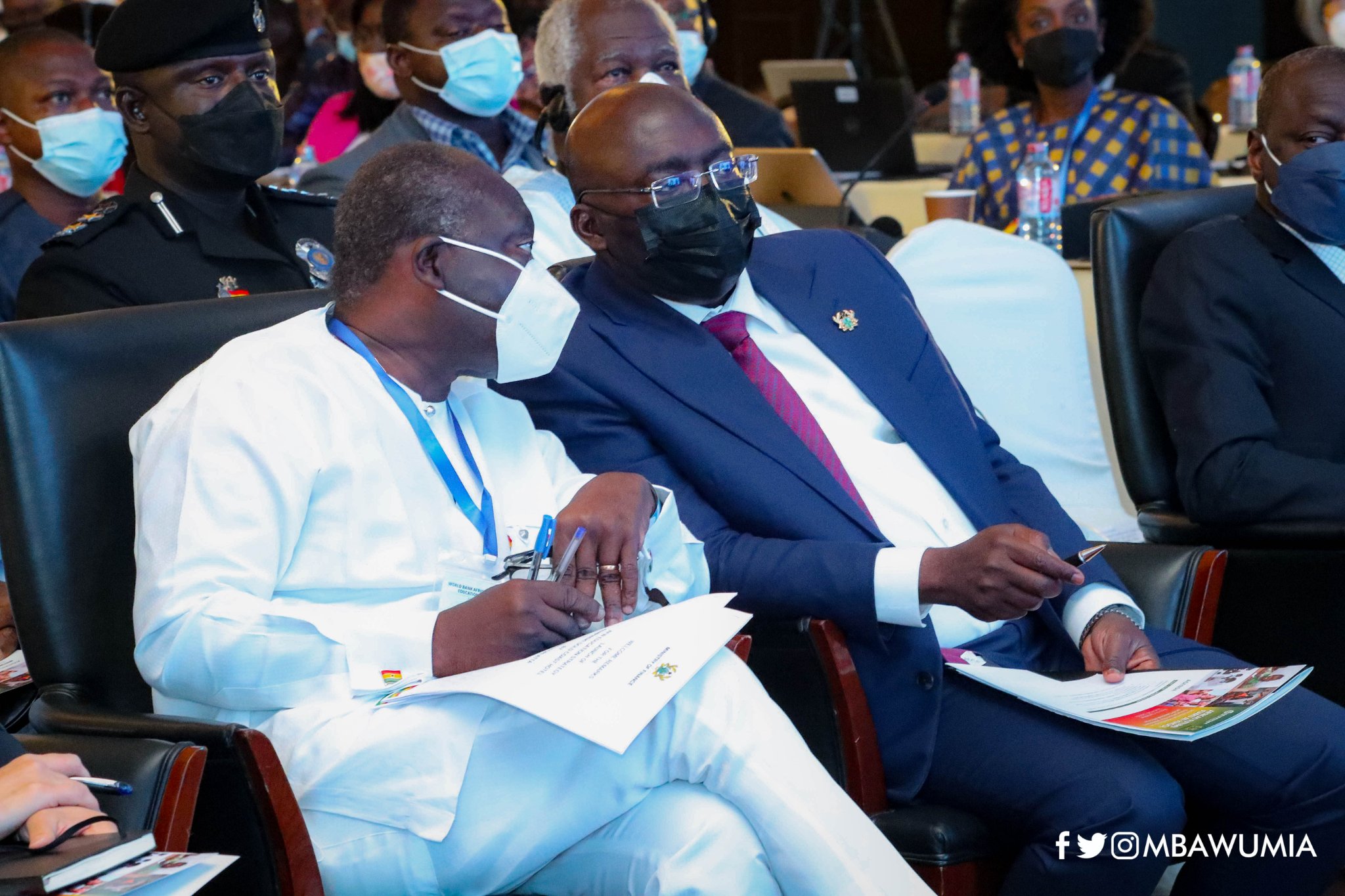 The Vice President, Dr. Mahamudu Bawumia says Ghana's latest return to the IMF for a 17th programme with the fund, must encourage the resolve for enhanced fiscal discipline and also stronger commitment to building moderm systems for sustainable economic development, to ensure Ghana emerges out of the programme stronger.

Speaking at the launch of a collaboration between the Accra Business School and South East Technological University of Ireland in Accra, Vice Presiden Bawumia said, government's decision to seek support from the IMF, following two external factors; covid-19 and the war in Ukraine, which have revaged world economies, must be a wake up call for a renewed effort towards strengthening the modern economic systems the government has been putting in place, which he said, will help the country to be more self reliant in the future.

Dr. Bawumia stressed that the twin external factors of covid-19 and the war in Ukraine, which he said, has also led many countries to the IMF for support, following rising cost of living and inability to sustain debt levels, has also exposed the need for Ghana to put in place measures to be more fiscal-discipline.

"The major lesson of the last two years is that we have to be more self-reliant as a country," Dr. Bawumia said.

"It is important that we take decisions that will inure to the benefit of the country regardless of whether we are going to the IMF for a program or not."

"The immediate task is to restore fiscal and debt sustainability – through revenue and expenditure measures and structural reforms.
Non-concessional borrowing should be curtailed to enhance debt sustainability," the Vice President added.

Dr. Bawumia also observed that successive governments have failed to achieve long-term economic stability after each of the past 17 IMF programmes due to the lack of systems to ensure sustainable stability, hence the government's focus on ensuring such systems are put in place.

"I should note that Ghana has gone to the IMF for a program 17 times since independence and after each IMF program, the underlying system and structure of the economy remained the same," Dr. Bawumia said.

"It is important to note that the focus of economic management by successive governments since independence in Ghana has been on crisis management as a result of factors such as the collapse in commodity prices, increase in oil prices, debt unsustainability, political instability, macroeconomic instability, etc. Governments, have by and large, not focused on building systems and institutions that underpin economic activities in a modern economy."

The Vice President noted that since 2017, government has been focused on building these systems, which include a biometric national identification card, functioning digital property address system and an aggressive financial inclusion programme, digitization of government services and many others, which he said, are enhancing services and making access easier, reducing curruption and strengthening domestic revenue mobilization.

He, therefore, called for a renewed focus on building and strengthening these systems, alongside enhanced fiscal discipline, to ensure sustainable economic recovery after the latest, 17th IMF programme.

Below is a LIVE video from the launch

Attached below is a copy of the Vice President's speech