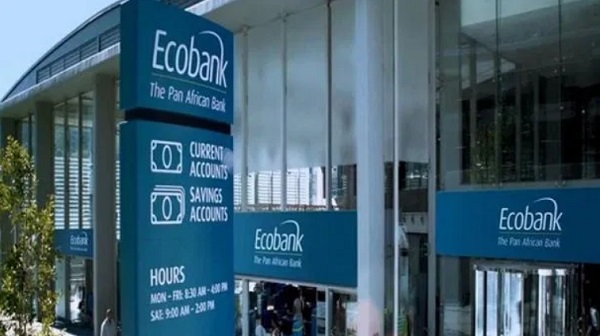 Ecobank Ghana has dismissed reports of an attempted seizure of its assets over a debt the bank owes a private entity.

A report by Citinewsroom said the bank prevented the seizure of its assets on Tuesday, July 21, 2020 over fraud related to a loan.

The report said the Police was at the Ecobank Head Office to provide assistance to bailiffs including Mike Agbemashior, George Tykhonov and Yury Shelkov to execute a writ in which the bank is commanded to make a payment of GH¢4 million with an accrued interest of GH¢10 million dating back to the year 2015 to Yuri M Plastics, which is the fourth defendant in the case.

According to the report, the order was as a result of a fraud committed against the plaintiffs and Ecobank was to pay GH¢4 million to the fourth defendant.

However, Ecobank says no such levies have been issued against the bank. "Ecobank unequivocally refutes the story as reported and states clearly for the records that no such execution has been levied on the Bank," Ecobank said in a statement.

"Ecobank is open for business and assures all stakeholders and the general public that the Bank is fully compliant with all legal and regulatory directives".