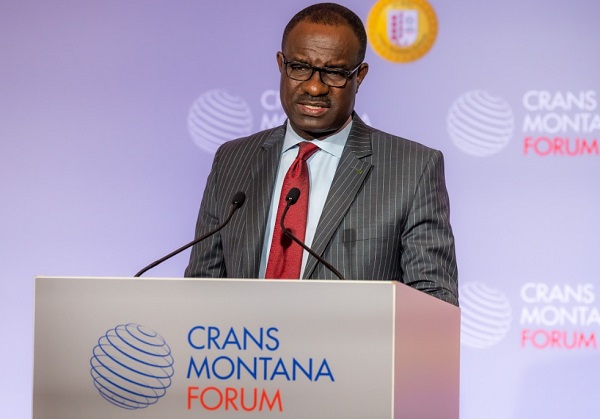 Ghana’s Dr. George Agyekum Donkor, has been recognised by a news magazine, Financial Afrik, as the Development Banker of the year in their 2022 list of 100 personalities who are transforming Africa.

Dr. Agyekum Donkor, President and the Chairman of the Board of Directors of the ECOWAS Bank for Investment and Development (EBID), was awarded for his exceptional efforts at cleaning up the institution’s balance sheet and strengthening its fundraising programme.

Appointed as head of EBID since 2020, George Agyekum Donkor ensured that the bank improved its ratings with the ratings agencies in 2021 and 2022 with Fitch and Moody’s improving the bank’s outlook from B2 (negative outlook) to B2 with a stable outlook despite the exigencies of COVID-19 and the war in Ukraine. In early November 2022, the bank approved its capital increase which will move from 1.5 to 3.5 billion dollars from January 2023.

Launched in 2013, Financial Afrik is a pan-African newspaper specialising in financial information which targets the business community across Africa and particularly the West African bloc through its website and various media. It has correspondents across major capitals and introduced the prestigious awards eight years ago.

The Financial Afrik rankings are carried out by a selection committee on the basis of achievements over the last 12 months, the social and environmental impact, and for self-made men who have taken risks to ensure the awakening of the African continent. Extra effort is placed on the independence of the selection jury and that credibility has ensured that the rankings have gained significant global prestige.

Agyekum Donkor’s recognition comes on the back of a recent honour by the Crans Montana forum in Geneva, Switzerland for his numerous contributions to the socio-economic development of the sub-region.

Under Agyekum Donkor’s capable leadership, EBID has achieved several remarkable successes including balance sheet growth of 22% and 158% oversubscription of its 2021 UEMOA bond issuance concluded within 24hrs, both an indication of increased investor confidence.

The EBID President and Board Chairman has supervised significant financial achievements including the mobilisation of USD 404 million and the recovery of over USD 20 million of impaired and written-off loans, reducing the bank’ non-performing loans to five per cent.

Other remarkable achievements recorded include improvements in governance, human resource development, the Bank’s visibility, processes and procedures, and information technology, among others.

He was previously Vice-President in charge of Finance and Corporate Services for over seven years and Head of Legal Division/Compliance for four (4) years of the ECOWAS Bank for Investment and Development.