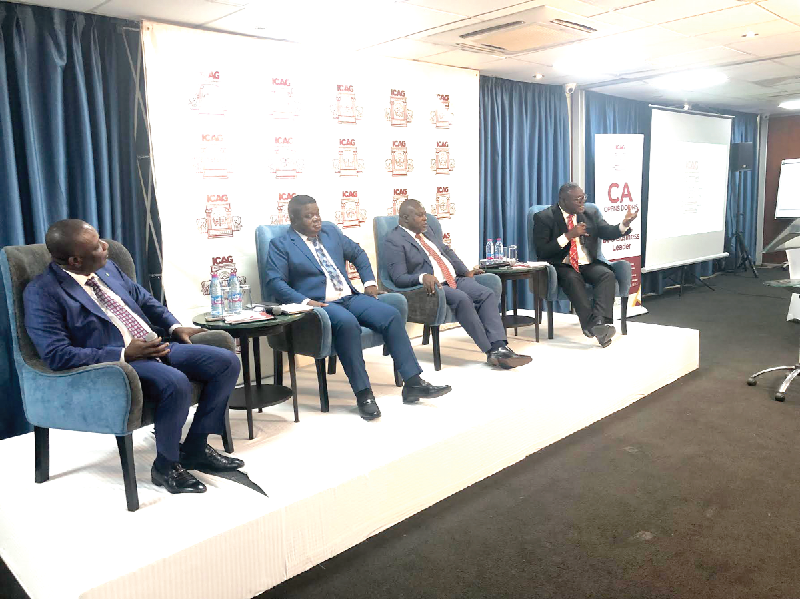 The government must not engage in a debt restructuring exercise that will negatively affect investments by low-income earners, three experts have advocated.

According to the experts, the precarious economic situation of the country made debt restructuring inevitable but they cautioned the government to do it with a human face in order not to plunge low-income earners into abject poverty.

The experts who made the call were Economist and Director of the Institute of Statistical, Social and Economic Research (ISSER) -Professor Peter Quartey, tax expert and lecturer- Dr Abdallah Ali-Nakyea, and a Senior Partner at KPMG Ghana- Anthony Sarpong.

They were speaking as panellists at a forum organised in Accra yesterday, by the Institute of Chartered Accountants Ghana (ICAG).

The event focused on the country’s economic crisis, the engagement with the International Monetary Fund (IMF) and the expected 2023 budget.

It was on the theme: “Managing IMF’s Expectations and Ghana’s Economy: The Way Forward,” and was moderated by the Tax and Legal Partner at Deloitte Ghana- George Ankomah.

Speaking at the forum, Mr Sarpong said it was expected that the government would adopt debt restructuring as a strategy to bring the country’s debt to sustainable levels.

He however said the government must have a threshold for the restructuring to protect the investments of those with low incomes.

The KPMG Senior Partner also called on the public to remain patriotic and support the government as it set out to deal with the current economic challenges facing the country.

“We must be patriotic and support initiatives that will be rolled out by the government. We must also be honest in our dealings and not take advantage to achieve high profit margins,” he said

Speaking at the forum, Prof. Quartey said there would have to be a debt restructuring if the country envisaged to have a successful programme with the IMF.

“IMF will never lend to a country that does not have sustainable debt levels. A country must pay the money, it is not free. We will therefore have to restructure our debts as a country to help us reach sustainable levels,” he said.

Prof. Quartey cited Sri Lanka as an example which due to its unsustainable debt levels was yet to receive any support from the IMF despite the serious economic problems that it was facing.

“IMF will not bend rules for any country and therefore debt restructuring is inevitable,” he said.

Speaking on the budget, Dr Ali-Nakyea said there was no need for the government to have postponed the 2023 budget because of the discussions with the IMF.

According to him, the country should have a draft budget with or without the engagement with the IMF.

“IMF is waiting for our plan to see how they can support us. Our plan should be our budget. We can then fill in the gaps as we continue our discussions with the IMF,” he said.

Dr Ali-Nakyea further advised the government not introduce new taxes but to rather support the Ghana Revenue Authority (GRA) to widen the tax net to rake in more revenue for the government.

For her part, the President of ICAG, Sena Dake, said ICAG would issue a communique on the discussions at the event to share with the government and other stakeholders as policy documents which would help in the development of the country.