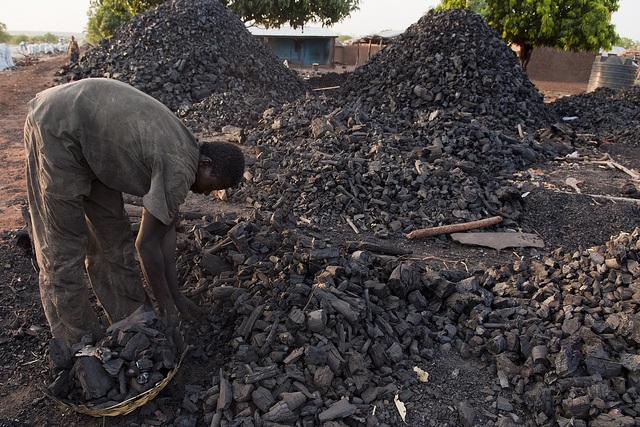 Sustainable production of charcoal is central in enhancing livelihoods especially in the rural areas
30.5k Shares

A study on the economic importance of charcoal to rural livelihoods has shown that charcoal is the second primary source of income after crop production, and accounts for 17 per cent of total household income.Crop accounts for 46 per cent.

The study by a PhD Fellow at KNUST and the University of Copenhagen, Denmark, Mr Lawrence K. Brobbey said charcoal business provided significant cash incomes to the highest income households and its production appears to be the most frequently mentioned coping strategy against shocks associated with crop failure, illness and cattle invasion.

“Policies, local or national, put in place to ban or reduce charcoal production, and often implemented with short notice, have serious implications for rural livelihoods,” he said.

Many narratives are associated with charcoal production and its livelihood and environmental impacts such as deforestation and forest degradation.

Its production has periodically witnessed temporary bans, coupled with attempts to substitute charcoal with LPG as a results of emerging fuel wood crisis.

However, recent studies portray charcoal production as an important livelihood option for rural households with 35 per cent of charcoal producers in the forest savannah zone of Ghana depending entirely on charcoal for household income.

The study recommended that policy makers should identify and target the poor in any pro-poor natural resource based interventions to avoid elite capture by the rich.

The Director, Renewable Energy at the Ministry of Energy, Mr Wisdom Ahiataku-Togobo, said it was interesting that with all the electricity energy sources and everything put together, charcoal contributed more than all the electricity generated, an indication of the important role of charcoal as the main fuel relied on by majority of households, especially in the urban areas.

Mr Ahiataku-Togobo said more than 60 per cent of energy was lost in the conversion from wood to charcoal and a further 70 to 80 per cent was lost through inefficient cook stoves.

He said, “the trees which are expected to be carbon sinks are being cut for firewood and charcoal in an unsustainable manner such that if a tree that weighs about 200 kg is carbonised to produce charcoal, at best, one can get between 46kg to 50 kg.”

“From the wood all the way to end user, we use a lot energy because charcoal is important and we can’t do without it. We are cutting the trees that are supposed to absorb the carbon dioxide that we need to produce charcoal and if we are not very careful,we will get to a point we will be contributing significantly to climate change and global warming,” he said.

A Programme Officer at the Strategic Environmental Assessment Unit at the Environmental Protection Agency (EPA), Mr Kwame Fredua, said the EPA and the Ministry of Environment, Science, Technology and Innovation (MESTI) prepared a list of 55 Nationally Appropriate Mitigation Actions (NAMAs) for submission to the United Nations Framework Convention on Climate Change (UNFCCC).

He said that the EPA had contributed to a UNDP study on the assessment of greening charcoal value chain in Ghana and MESTI had also commenced analytical work on the development of a standard baseline for the charcoal sector; these two-initial works are vital to the development of any successful charcoal NAMAs.

Tropenbos Ghana (TBG), a non-governmental organisation committed to forest management, in collaboration with the University of Copenhagen, the Faculty of Renewable Natural Resources at the Kwame Nkrumah University of Science and Technology (KNUST) and the Institute of African Studies at the University of Ghana, Legon, are implementing a five-year programme on charcoal value chain (2015-2019) known as the AX Project.

It is a research-focused project with three PhD studies and several Masters Projects and is on the theme ‘Property, Access and Exclusion along the Charcoal Value Chain in Ghana’ and being funded by DANIDA at a cost of GH₵5 million (US$1.3 million).

As a means of disseminating findings and results from the programme, the second national charcoal forum was organised in collaboration with the Environmental Protection Agency (EPA, Climate Change Secretariat) and the Energy Commission.GB