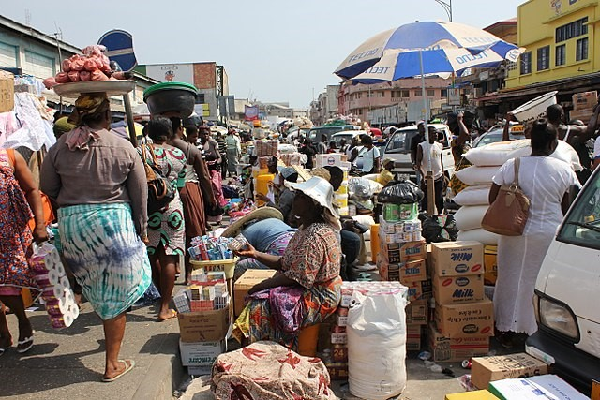 A section of the business community has called on the government to urgently take steps to address the depreciation of the Ghana cedi against major currencies.

Those who made the call lamented the fall in the value of the local currency against major international trading currencies, particularly the dollar, saying the situation was badly affecting operations of businesses which had also made it difficult to market their products.

Speaking on behalf of manufacturers, the Business Development Manager of steel manufacturing company, B5 Plus Limited, Sandeep Sawlani, said it was crucial for the government to fix the cedi rate against the dollar, since every business depended on it.

"We import majority of our raw materials and now the prices have been increased by 50 per cent. This forces us to increase our prices which is a big challenge. We, therefore, expect the government to come up with a solution," he said.

Mr Sawlani was speaking on the sidelines of the Ghana Corporate Brands Awards 2022, held in Accra last Friday, at which 26 companies and individuals were re-awarded for their exceptional services in the corporate world.

He said the government needed to do something to salvage the situation as soon as possible because businesses in the country competed with others in the West African sub-region.

The Business Development Manager of B5 explained that if the situation was allowed to persist it would make the business environment in the country uncompetitive, given the prevailing conditions in neighbouring countries.

The Head of Marketing and Strategic Management at Maxim Cosmetics Ghana, Eugene Markwei, reiterated the difficulty manufacturers faced in providing quality products at reasonable prices due to the exchange rate losses.

He said the continuous fall of the cedi had doubled the price of raw materials for their production.

“It’s not the fault of any manager to delay salaries of employees, it’s the situation, particularly, when you are in the manufacturing sector, as you have to import raw materials at a double price,” Mr Markwei added.

He called on the government and stakeholders to start a conversation on how local manufacturers could have a hold on the retail industry in the face of the influx of foreign goods.

The Ghana Union of Traders Association (GUTA), in a press release last Monday, said as a result of the current exchange rate situation, businesses were seriously “bleeding to death”.

The traders union said since December last year when a dollar exchanged for GH¢6.4, the working capitals of its members had been depleted by 40 per cent.

“We want to call the attention of the government to the fact that the depreciation of the cedi against other major trading currencies is getting out of hand and the increase in the monetary policy rate is also leading to a high lending rate in the country,” GUTA said in a statement signed by its President, Dr Joseph Obeng.

The association noted that now that the dollar was inching closer to GH¢9, its worst fear was that members would soon start making Christmas orders from their suppliers, which might aggravate the situation.

“If immediate remedial measures are not taken to control this alarming situation, we may be using GH¢1 million to buy only $100,000 when a dollar reaches GH¢10,” the association said.

“At this point in time, if nothing is done, speculations will be rife and serious panic will set in for people to invest in forex as a matter of security for their hard-earned working capital and thereby make control of such a situation difficult for the government,” the release noted.

According to the Bank of Ghana, the Ghana Cedi cumulatively depreciated against all the three major currencies on the interbank forex market.

It fluctuated and ended January this year at an average of GH¢6.80 to the dollar, and moved gradually up the ladder GH¢7.1 in March and averaged GH¢7.6 last month.

The Event Director of the awards, Seth Danso Asante, said the Ghana Corporate Brand Awards were aimed at providing credible recognition for the most popular and trusted brands in Ghana.

“This accolade reassures existing customers that they are engaging with the right brands and motivates potential customers to try the brands,” he said.

He said the awardees were evaluated by the Awards Research Board, consisting of learned figures in the world of business, branding, advertising and marketing, as well as by a consumer poll ran by an independent survey.