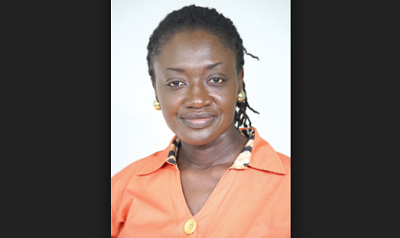 The New Patriotic Party (NPP) Member of Parliament (MP) for Juabeng, Ms Ama Pomaa Boateng, has proposed to Parliament to, as a matter of urgency, pass a law to incorporate cryptocurrency into Ghana’s financial sector

said there was an urgent need for members of the house to expand their knowledge and pioneer legislation that would recognise the block-chain technology and virtual currency which had become a game changer.

In a statement on the floor of Parliament yesterday, the MP said the virtual currency would offer several benefits to the economy and change the way Ghanaians banked and made financial transactions.

The Juabeng MP explained that cryptocurrency is a completely virtual currency that uses block-chain technology and cryptography for security, making counterfeiting difficult.

According to her, in the absence of legislation, the government could set up a register and possibly an exchange platform for service providers of cryptocurrency to enable the government to oversee those virtual currency activities and create a stable regulatory environment where it could thrive.

“The cryptocurrency market is evolving with enormous speed, but neither the government nor the Bank of Ghana it. Governments use central banks to issue or destroy money by using its monetary policy to exert economic influence,” she said.

Ms Boateng said the government could take the lead in regulating cryptocurrency, while Parliament went through the processes of passing a law for .

The MP asserted that the presence of cryptocurrency in the economy had revolutionised local and international payment systems and Ghana needed to pay attention to it.

She added that the most commonly known example was the Bitcoin which had become a decentralised digital currency worldwide payment system that worked without a central bank or single administrator.

“Mr Speaker, the cryptocurrency is created in cyberspace where ‘miner’ or users use the power of their computers to solve complex algorithms that serve as verification for transactions and their reward is payment with cyber currency, which is stored digitally and passed between buyers and sellers without the need for an intermediary like our central bank,” she said.

The MP noted that Internet utilisation and easy transaction capability in the potentially untracked style in an international marketplace was currently a big risk to the banking sector and the utilisation of virtual currencies removed government’s hold on the economy.

According to her, there was also the issue of lack of compliance due to the nature of cryptocurrency and crypto assets, as users were anonymous and collecting data on digital currency users became a challenge.

Ms Boateng said there were several benefits that cryptocurrency could offer the economy if it was properly managed with the right laws to back it.

The Chairman of Parliament’s Finance Committee and NPP Member of Parliament for New Juaben South, Dr Mark Assibey-Yeboah, referred to a statement issued by the Bank of Ghana ((BoG) in January 2018 which stated that those activities in digital currency were currently not licensed under the Payments System Act 2003 (Act 662).

He said the BoG, therefore, strongly encouraged the public to do business with only institutions licensed by the bank to ensure that such transactions fell under its regulatory purview.

Backing the BoG’s view, he argued that there was no central control of cryptocurrency, making regulation difficult.

“It is dangerous and you can lose all your money in a day. Until we are able to have a handle on how to regulate cryptocurrency in our country, my simple advice is for us to stay away,” Dr Assibey-Yeboah stressed.