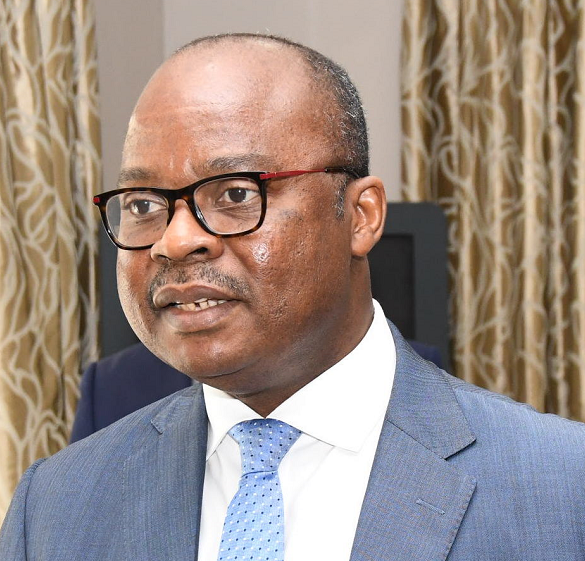 The Bank of Ghana (BoG) has raised the rate at which it lends to commercial banks to the highest level in five years.

The central bank has also withdrawn three stimulus measures that were used to cushion banks against the COVID-19 pandemic as part of a raft of policies to support the economy to fight the rising prices of goods and services and arrest the rate at which the cedi loses its value against major international currencies.

At a press conference in Accra on March 21, 2022, the Governor of the BoG, Dr Ernest Addison, expressed confidence that plans by the government to raise $2 billion from a consortium of local banks would help improve the country's reserves and slow down the pace at which the cedi was losing its value against major currencies, especially the US dollar.

Detailing the measures reached after an emergency meeting of the Monetary Policy Committee (MPC) of the bank held last week, Dr Addison said while the policy rate had been increased from 14.5 to 17 per cent, the cash reserve ratio (CRR) and the capital conservation buffer (CCB) for banks would be raised to 12 per cent and three per cent, respectively.

The CRR is the percentage of a bank's deposits that should be kept away from lending, while the CCB is a portion of its capital that should be set aside against risks.

Following the upward adjustments in the CRR and the CCB, Dr Addison said, the capital adequacy ratio (CAR), which measures the share of a bank’s capital set aside as a buffer against risks, would now revert to the pre-pandemic level of 13 per cent, from the current 12 per cent.

He said the provisioning rate for loans in the other loans exceptionally mentioned (OLEM) category would also be reset to the pre-pandemic level of 10 per cent in an effort to discourage lending and arrest the pace of inflation.

Apart from the policy rate increment that took immediate effect, the governor, who also chairs the MPC, said the other measures would take effect from Friday, April 1, this year.

The measures are meant to make borrowing costly to help reduce money in the system and keep inflation down.

Dr Addison described the measures as the bitter pills that the economy required to be able to bounce back from the current challenges.

There have been growing price pressures on the back of increasing fuel prices and a steep decline in the value of the local currency, the Ghana cedi.

While inflation peaked at 15.6 per cent in February this year, the cedi lost about 14.6 per cent of its value to the US dollar last week, according to BoG data.

The fiscal deficit and the debt-to-gross domestic product (GDP) ratio also deteriorated to 9.7 and 80.1 per cent, respectively in 2021, prompting the government to convene an emergency Cabinet meeting last week to explore solutions.

Dr Addison said just like any medicine administered to a sick person, the policies would bring short-term hardships to the economy and the populace, but gave an assurance that they would ultimately rescue the economy out of the doldrums.

He mentioned the potential increase in the cost of credit to consumers and the private sector, a slowdown in economic growth and an increase in the public debt through higher interest rates on government securities as some of the side effects that should be expected from the measures announced.

The MPC Chairman said the bank was confident that the interventions would combine with other fiscal measures to be announced by the Ministry of Finance to resuscitate the economy.

“The policy adjustments, as well as the fiscal policies that are being prepared, have the impact of withdrawing stimulus from the economy, and that type of policy should be able to impact on aggregate demand and, therefore, deal with the inflationary pressures that we are seeing,” Dr Addison said.

The governor also noted that fiscal policy implementation had come under strain, reflecting embedded rigidities in the fiscal framework.

He said the situation required extensive structural reforms to free fiscal space to restore both fiscal and debt sustainability.

“Revenue performance has been slow to align with projections, while expenditure remains rigid downwards, in spite of the strong efforts to cut expenditure by 20 per cent, as announced by the government. The above have resulted in financing constraints which will have to be resolved very swiftly to ensure that the announced fiscal consolidation path is achieved.

“The MPC is, however, confident that ongoing discussions will lead to very decisive policy reforms that will address underlying fiscal mismatches and restore some calm in the markets,” Dr Addison said.

He added that together with the monetary policy decision and additional measures, the reforms should help re-anchor inflation expectations.