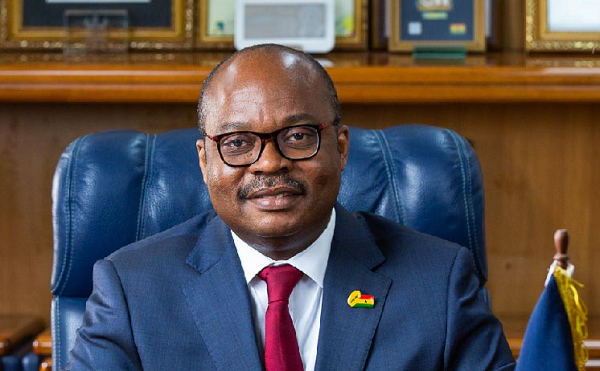 The Bank of Ghana (BoG) has left its policy rate unchanged at 14.5 per cent for the fourth time running over concerns that a tweak in the benchmark rate will either undermine growth or worsen the deficit situation.

At its last Monetary Policy Committee (MPC) for the year, the Governor of the BoG, Dr Ernest Addison, said although the conditions, from the perspective of growth and price pressures, were ripe for a policy rate cut, adjusting the rate downwards could elevate the risks from the fiscal side of the economy.

Dr Addison, who also chairs the seven-member committee, explained at a news conference in Accra yesterday that a lower policy rate under the current situation would signal interest rate easing, a development that risked driving investors away from lending money to the government through the purchase of treasury securities.

He said that it would “create a disincentive for getting the budget fully financed and that could create serious complications for the economy.”

It would also expose the economy to deeper shocks from the Coronavirus (COVID-19) pandemic in the event that the impact of the viral spread resumed an upward trajectory.

The news conference was for the MPC of the central bank to announce its policy decision after concluding its 97th regular meetings on November 20.

It was the second time in a row that the central bank had left its rate, which serves as a benchmark for the setting of other interest rates, steady as a damper against fiscal pressures.

Responding to a question on why the bank stayed the rate at a time when inflationary pressures had eased drastically and growth was rebounding, Dr Addison said the decision was meant to maintain investor interest in government bonds.

“It is important that the budget is fully financed and to keep the budget fully financed, you need an interest rate which is high enough to allow investors, including domestic investors, to be interested in buying government bonds. That is the context in which we find ourselves,” he said.

Since the COVID-19 pandemic broke in March, public expenditure has been revised up by about GH¢11.7 billion to GH¢96.3 billion while revenue losses were projected at about GH¢13.7 billion, according to the mid-year budget review (MYBR) presented in July.

Together with the impact on revenues, the pandemic led to the government almost tripling the initial deficit forecast from the earlier 4.7 per cent of gross domestic product (GDP) to 11.4 per cent of GDP.

This translated to a projected deficit of GH¢44.1 billion, according to the MYBR.

While describing the development as “a large deficit financing need,” the BoG Governor said the situation required that investors maintained their interest in the country’s bonds to help fill the gap.

“This is not the time to be reducing the policy rate. It will create a disincentive for getting the budget fully financed and that could create serious complications for the economy,” he said.

“I think that is a very strong basis on why the policy rate has not been adjusted downwards,” he said.

On the outcome of the budget execution in the first nine months of the year, the Governor said provisional data for the period showed an overall budget deficit of nine per cent of GDP against the target of 8.9 per cent of GDP.

He said the financing of the deficit impacted the stock of public debt, resulting in the debt stock rising to GH¢273.8 billion, equivalent to 71 per cent of GDP as at September.

The Governor said the domestic component of the debt included the financial sector clean up cost which was GH¢15.4 billion (four per cent of GDP).