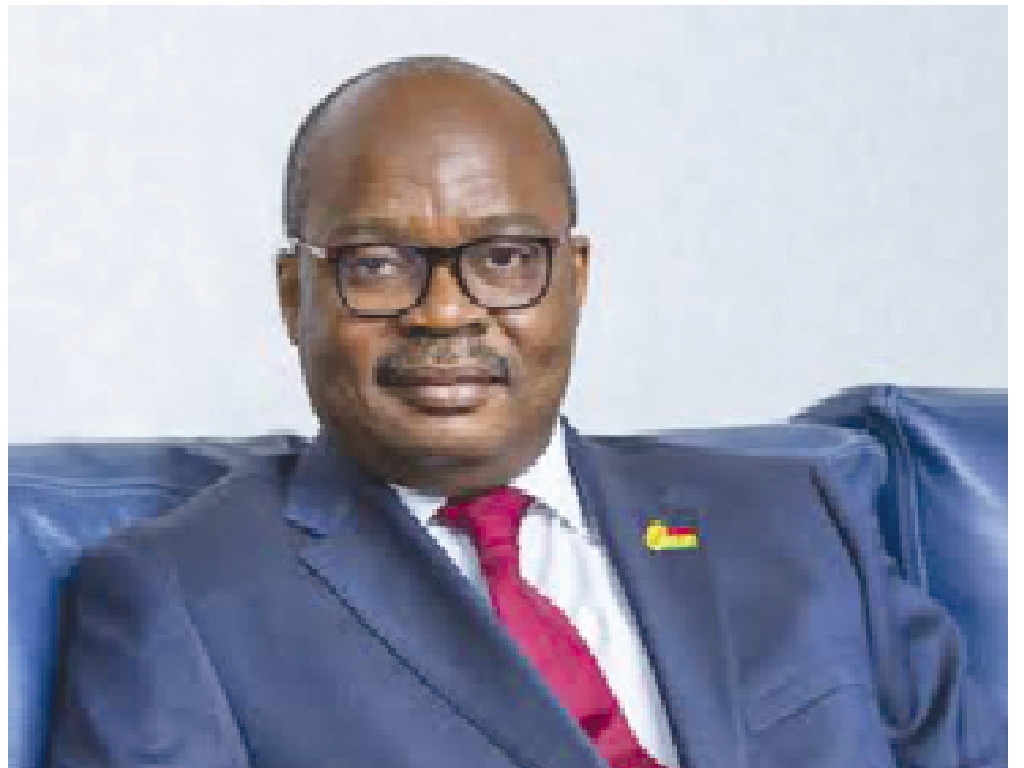 THE Bank of Ghana (BoG) has raised the policy rate by 300 basis points (bp) to 22 per cent in a historic move meant to stop growing inflationary pressures and contain the fall in the value of the Ghana cedi.

The central bank also raised the amount of reserves universal banks are supposed to keep against deposits, known as primary reserve requirement, from 12 per cent to 15 per cent to help mop up liquidity and douse the price pressures.

The two policy decisions are part of a raft of measures the BoG took after an emergency Monetary Policy Committee (MPC) meeting yesterday.

The seven-member committee also announced plans by the central bank to purchase all foreign exchange arising from the voluntary repatriation of export proceeds from mining as well as oil and gas companies to help increase the availability of forex in the economy.

The BoG is betting on the measures to help arrest the cedi depreciation which has heightened in the face of growing microfiscal challenges.

The Governor of the BoG, Dr Ernest Addison, who announced the measures after the committee’s emergency meeting in Accra yesterday, also said the central bank was working with the Ministry of Finance to agree on a cap on overdrafts it granted the government to finance the 2022 budget.

“Revenue has not kept pace with projections and created financing challenges. In the absence of access to the international capital market and given the constrained domestic financing, central bank overdraft has helped to close the financing gap as reflected in the mid-year budget review,” Dr Addison stated.

The Governor stated that the implementation of the primary reserve requirement would be done in phases.

From September 1, this year, the commercial banks must keep up to 13 per cent of their cash deposits as reserves without lending them.

Beyond helping to slow down inflation and the cedi depreciation, the increment in the policy rate and the reserve requirement of banks is expected to feed into interest rates, leading to higher lending costs for households and businesses.

Dr Addison added that the BoG was working closely with mining firms, international oil companies and their bankers to purchase all foreign exchange arising from the voluntary repatriation of export proceeds from mining, and oil and gas companies.

“This will strengthen the central bank’s foreign exchange auctions,” the Governor added.

The MPC arrived at the policy measures in view of what the chairman of the committee, Dr Addison, said was due to the latest consumer price index which showed that the headline inflation went up further for the 11th consecutive month to 31.7 per cent last month, from 29.8 per cent in June this year, driven by both food and non-food price pressures.

He said the above developments had translated into relatively strong underlying inflationary pressures.

“The BoG’s core measure of inflation, defined to exclude energy and utility indices, increased to 30.2 per cent in July 2022 from 28.4 per cent in June,” Dr Addison said.

The MPC also studied that developments in the foreign exchange (forex) market showed elevated demand pressures, reflecting, among others, continued heightening of uncertainties in the global economy, rising inflation in many advanced economies and the resultant coordinated tightening of monetary policy stance by major central banks.

The Governor said those had further tightened global financing conditions with significant implications for emerging markets and developing economies, especially for those with weak fundamentals.

He said the US dollar had strengthened against all major currencies and from the beginning of the year to date, the pound sterling had weakened against the US dollar by 12.4 per cent while the Euro had also weakened by 11.8 per cent, with Ghana’s peers all experiencing sharp depreciation to date, Dr Addison said.

In view of those factors, he added that the Ghana Cedi had depreciated by 25.5 per cent year-to-date, reflecting the Ghana-specific situation, including the challenging financing of the budget from both domestic and external sources, downgrading of sovereign credit rating, non-residents disinvestment in local currency bonds and loss of reserve buffers.

In addition, the MPC noted that the execution of the 2022 budget had remained challenging.

Dr Addison stated that while addressing the immediate financing problems, the ongoing policy discussions with the International Monetary Fund (IMF) were expected to address the underlying macroeconomic challenges, restore fiscal and debt sustainability, and provide sustainable balance of payments cushion for the economy.