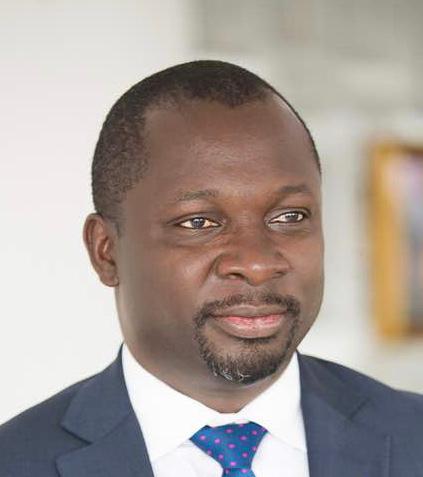 Bankers have promised to comply with a Bank of Ghana (BoG) directive that compels them and other deposit-taking institutions to abolish about six charges they were levying on customers.

The Ghana Association of Bankers (GAB), an advocacy body for banks, said the directive took immediate effect and banks would do well to act as required.

It stated that although bankers had concerns with two of the directives – the abolishment of account maintenance fees and co-owning of movable assets used as collateral to secure loans – it would act as the central bank had directed.

“It is a directive from our regulator and we will comply. It takes immediate effect and banks are acting as such,” the Chief Executive Officer of the association told the Graphic Business on June 21.

“However, we will ask customers to cooperate with us in the implementation of the directives,” Mr Awuah said.

The BoG on June 17 directed Banks And Specialised Deposit-Taking Institutions (BSDIs) to stop levying “unfair and inappropriate” charges on customers, which it said were detrimental to the interest of customers and the push for financial inclusion.

It listed the charges to include credit insurance premiums against eventualities, maintenance fees on savings account and penal charges for customers who withdrew from their own accounts below certain thresholds.

Read: Financial remittances to be linked to Ghana Card

The directive, which was issued on June 17 and signed by the Secretary of BoG, Ms Sandra Thompson, further barred banks and other financial institutions from charging interest on penalties levied against loan customers, sharing the ownership of movable assets used to secure loans and quoting monthly interest rates on credit facilities and associated fees.

“These practices are deemed to be unfair, inappropriate and detrimental to the financial inclusion agenda and the protection of customers’ interest. In line with the mandate of the BoG to deal with unlawful or improper practices of banks and SDIs under Section 3 of the BSDI Act 930 and to ensure that the interest of customers of banks and SDIs are adequately protected, the BoG hereby notifies the BSDI to abolish these practices,” the notice said.

The CEO of the umbrella body of banks said the industry had prior knowledge on the directive before they were issued.

Mr Awuah said the central bank and the players had been working on the directives for almost one year, during which various revisions were made to arrive at the current one.

“These directives are not insurmountable and we will comply as required,” he said.

He said of the six directives, only two of them affected banks while the remainder was mainly for microfinance institutions and savings and loans companies, among other SDIs.

He listed them as the directive on maintenance fees and the one asking deposit-taking institutions to stop co-owning movable properties used as collateral.

In the case of the collateral, Mr Awuah said banks were of the view that the BoG would allow ongoing discussions with the Driver and Vehicle Licensing Authority (DVLA) to crystalise before asking the players to stop the practice.

He said when the central bank raised concerns about the practice, the GAB engaged the DVLA on how best it could ensure that banks did not lose out on vehicles that they had given money to customers to purchase.

He said the co-owning of such vehicles was needed to ensure that the customer did not dispose of the property on the blind side of the bank at a time when repayment had not completed.

With the directive asking for such a practice to be abolished, Mr Awuah said banks had asked the DVLA to create an avenue in their records to reflect that ownership of a vehicle purchased by loan could not be transferred unless the loan had been fully repaid.

“The challenge with it is that it may potentially affect the customer because banks will have to find an alternative,” he added.

On the maintenance fees levied on savings accounts, the CEO said those charges followed the operation of savings accounts as if they were transaction and/current accounts.