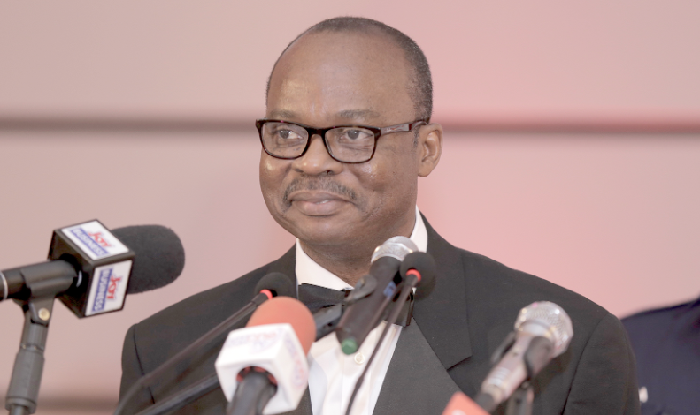 The Bank of Ghana has reduced its benchmark rate, the policy rate by 100 basis points to 20 per cent in line with the easing inflationary pressures observed over the last two months.

This is the fourth time in the year that the central bank has cut its prime rate, ostensibly to signal an ease in inflationary pressures and the need for banks to drop their lending rates.

The Governor of the Central Bank, Dr Ernest Addison, said at a press conference Monday that the Monetary Policy Committee, which sets the rate, “observed a return to the disinflation path.”

Barring any last minute surprises, the governor said the bank expects to meet its target latest by the second quarter of next year.

“This forecast is, however contingent on continued improvement in the global economic environment including oil price changes, stability in the foreign exchange market and achieving the medium-term fiscal targets,” he said.

On its impact on lending rates, he said the bank expected the ongoing easing in rates to continue and into next year to the benefit of businesses.

Although the policy rate has gone down by some 500 basis points since January this year, lending rates have virtually remained same, dropping on average by some three per cent.

On growth and stability, Dr Addison said “the prospects are for strengthening the current macroeconomic performance by consolidating gains made so far in fiscal adjustment and prudent monetary management, underscoring the policy commitment to macro-stability.”

“There are indications that the oil-induced growth is gaining momentum, while the slower non-oil growth remains a concern and may require additional impetus to boost overall growth towards its full potential.”

“However, recent developments such as the implementation of growth-enhancing government policy initiatives, positive sentiments from businesses and consumers as well as improvement in electricity supply are supportive of non-oil growth.”

“These notwithstanding, slower private sector credit expansion and tightening credit stance on enterprises could dampen the growth momentum,” the governor added