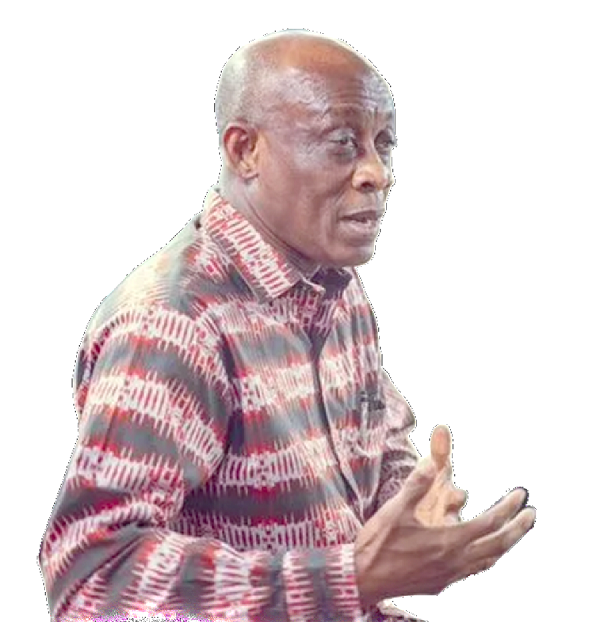 A former Minister of Finance, Seth Terkper, has called on his successor, Ken Ofori-Atta, to address the nation through Parliament with a realistic and sober policy statement on how the government intends to tackle the challenges facing the economy.

Mr Terkper said the statement must also give Ghanaians the true state of the economy as a way of managing expectations and preparing the citizens for the tough decisions ahead.

It must also be firm and corrective in nature but centred on the government’s willingness to live within its means at a time when revenues were underperforming and the country was denied access to external borrowing, the chartered accountant and public financial management expert added.

Mr Terkper told the paper on August 6 ahead of the Graphic Business/Stanbic Bank Breakfast Meeting on Wednesday that recent developments showed that the international community and the citizens needed a clear blueprint on the direction of the economy.

“I am saying that someone should give Ghanaians and the market confidence. If you look at the general situation; the downgrades, currency depreciation and interest rate hikes, it tells you that we are in need of a certain sense of direction and confidence and that is what a policy statement to Parliament should aim to do,” he said.

Mr Terkper said such a statement was urgently needed to help calm the nerves of the international community, reassure the citizens and avert further downgrades of the economy by ratings agencies.

He said it would ultimately arrest the deterioration in confidence in government policies and the economy that was speeding up the depreciation of the cedi and the increase in interest rates, among other economic woes.

Consequently, he advised Mr Ofori-Atta to address Parliament between now and November, when the 2023 Budget will be presented, to among other things throw more light on the government’s touted enhanced economic programme (EEP), assure the markets and the government of a credible plan to secure a bailout programme with the International Monetary Fund (IMF) and commit to fiscal prudence in an unambiguous way.

The third edition in the year, tomorrow’s event is on the theme: ‘Living within our means, an imperative for economic success.’

It is aimed at setting the tone for the 2023 Budget in November at a time when discussions with the IMF for a bailout programme are still in the preliminary stages.

The event will be held at the plush Labadi Beach Hotel and will feature panel discussions from the Head of Research at the Institute for Economic Affairs (IEA), Dr John Kwakye; the President of the Association of Ghana Industries (AGI) and Chief Executive Officer of Redmoon Resources, Dr Humphrey Ayim-Darke, and the General Manager of the Venture Capital Trust Fund, Hamdiya Ismaila.

To be attended by captains of industry, academia and members of civil society, the event is expected to collate the views of the critical mass on how to address the challenges facing the economy.

It would also give participants the opportunity to recommend the direction that a possible IMF programme should take.

Mr Terkper said such an event was opportune as it provided key stakeholders an opportunity to share ideas on how to tackle the challenges.

While decrying the deteriorating confidence facing the economy, the former management staff of the IMF said it was largely caused by the government’s bullish outlook, which he said was not backed by reality.

“I had said that the 2022 mid-year review should send positive signals. I also said after the presentation that the review was not accepted positively by the market and that was because the presentation did not send the right signals.

“This is because it followed the style of those before it – being bullish but limited in concrete steps to rescue the economy,” he said.

Consequently, the former Finance Minister said the 2023 Budget must be different, given that the economy was at a crossroads.

“The 2023 budget should be the beginning of a realistic programme to resolve our problems. When it comes to revenues, it is clear that ad hoc measures like the levies will not help; structured and deeper things are the way out and we should stop distorting the domestic tax structure. On expenditure, there must be something bigger and bolder. Bolder means the government admitting that it cannot generate enough revenue and it cannot also borrow and, therefore, there is the need to reduce the deficit realistically by cutting spending,” he added.