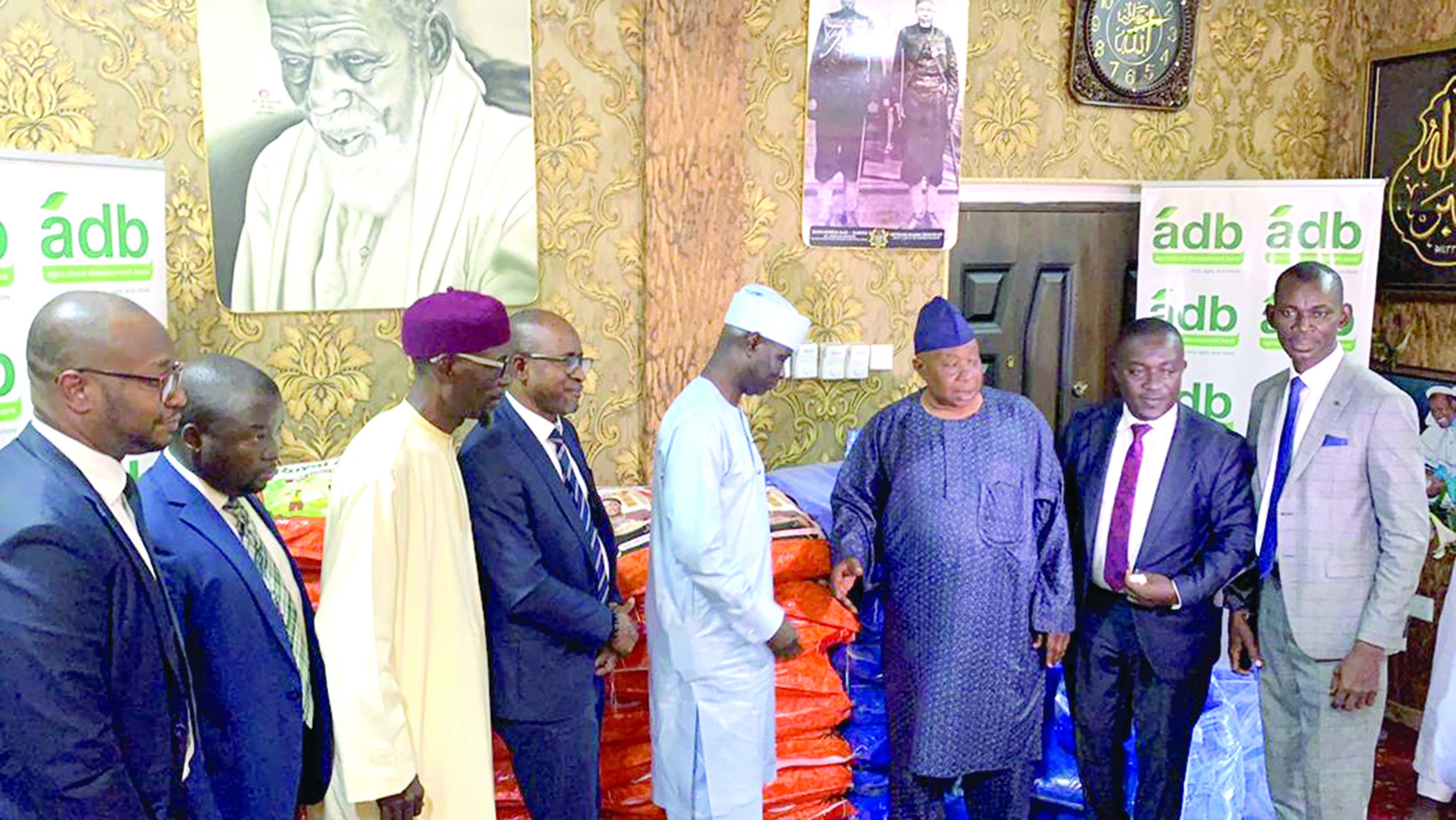 The Agricultural Development Bank PLC (ADB) has supported the National Chief Imam, Dr Sheikh Osmanu Nuhu Sharubutu, and his team of Imams with foodstuffs such as bags of rice and sugar to commemorate this year’s Ramadan celebration.

The bank also extended similar support to the Police Mosque at Cantonments, Accra.

He said it also aimed to deepen the already cordial business relationship that existed between the bank and the Muslim community in the country.

“We have branches in Muslim-dominated areas nationwide such as Nima, Newtown, Madina, Tema East, Techiman and Nkoranza and these branches are well patronised by our brothers and sisters,” he said.

Alhaji Yakubu-Tali called on Muslims to recognise the bank as their own and patronise its products and services.

“Last year, we came on a similar visit and called for special prayers from His Eminence the National Chief Imam for the bank and I am glad to report that in 2021 we made a profit of about 25 per cent higher than the previous year and also grew our asset base from ¢5.7 billion in 2020 to ¢6.4 billion in 2021.”

“On behalf of the board, management and staff, we wish to thank the National Chief Imam and his team of Imams for the special prayers. Like the proverbial Oliver Twist, we ask for more prayers for a better 2022 and beyond,” the deputy MD added.

For his part, the Chief Imam, Dr Sheikh Osmanu Nuhu Sharubutu, expressed gratitude to ADB for its support and prayed for more success for the bank.