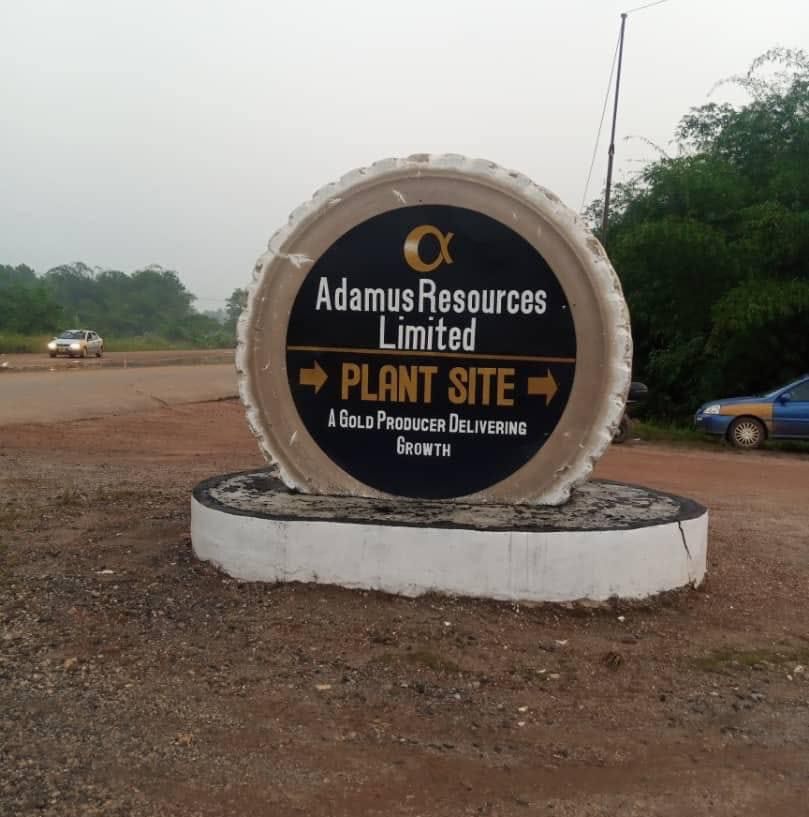 Adamus Resources limited, a gold mining company in the Western Region has reacted to the allegation that it has been denying indigenes employment opportunities.

it has therefore dismissed recent publications suggesting that it has been abusing the rights of residents in its host districts and prevented them from engaging in community mining.

In a press statement the company said though it “applied and was legally granted concessions to mine and explore for gold in parts of the Ellembelle and Nzema East districts in line with the Minerals and Mining Act 2006 (Act 703), and its associated Regulations”, actual mining is limited to areas where gold is discovered in economic quantity which is about 30 per cent of the entire concession.

“To date, the mining areas constitute about 30 per cent of the total concession area. Therefore, irrespective of the size of the concession, the mine does not stop farmers or groups of people from exercising their lawful rights to undertake their livelihoods within a large chunk of the lease holder’s concession (areas which are yet to be explored or fully compensated)”.

It however stressed that it cannot support illegal mining on its concession since it is against the law.

“The mine values the socio-economic-politico and cultural rights of the local people but as a law-abiding corporate citizen, the mine cannot engage in, support, or condone ILLEGAL MINING and this has been a cardinal principle in our engagements with our host communities for the last 12 years,” it stated.

The mining firm further revealed that it has already released over 100 acres of land for legal community and small-scale mining and there are ongoing discussions with stakeholders for the release of additional acres of land.

It said the allegation in a publication that references a youth group suggesting the company has been abusing their rights and preventing them from engaging in community mining is some that is "further from the truth".

It said the assertion that no community development can be directly linked to Adamus was a misinformation.

The mine said it has spent millions of dollars on community development projects and programmes in education, health, water and sanitation, public road maintenance, donation, and institutional capacity building, insisting it has partly transformed the Nzema community to a larger extent than any other contributor.

“We have also paid U$7.5M to the Anwia - Teleku Bokazo Trust Fund. The Company also pays taxes, levies, duties, and royalty to the central government for the development of Ghana. The mine invariably contributes to the Minerals Development Fund (MDF) from which Ellembelle can boast of several MDF funded projects in educational infrastructural development. The earnings of our employees remain the backbone of the local economy. Undoubtedly, the bulk of these earnings are retained in the local economy. The stakeholders from the local government and communities have attested to this fact,” it added.

On employment, the company refuted the claim that the mine has not given jobs to the people saying 57 per cent of its workforce at the Nzema Gold Operations are from the Nzema community.

“We are proud to state that some of these 644 out of our 1134 colleagues hold managerial and senior officers’ positions in the company. Also, Adamus continues to develop human capital through its scholarship scheme with the recent cohort of beneficiaries being some 280 local students from Salman, Anwia, Nkroful, Kikam, Asanda, Akango, Duale, Akropong, Aluku, etc. We are excited to state that this scheme produced two First Class students last year and a medical doctor from the Salman community. Again, the mine has a local skills development programme which has recently trained over 200 locals from more than 15 communities in many trades such as carpentry, masonry, electricals, computer training, refrigeration repairs, sliding doors, etc. Apart from direct employment and skills impartation, some of the locals have been given contracts in haulage, waste disposal management, transportation, catering, etc.”

It said Adamus Resources Limited, as a wholly Ghanaian owned company, ‘is recognised locally and internationally as a good corporate citizen with several safety and corporate social responsibility awards to that effect. We believe in solutions and sustainable development, and we would prefer to live in harmony with all stakeholders.”