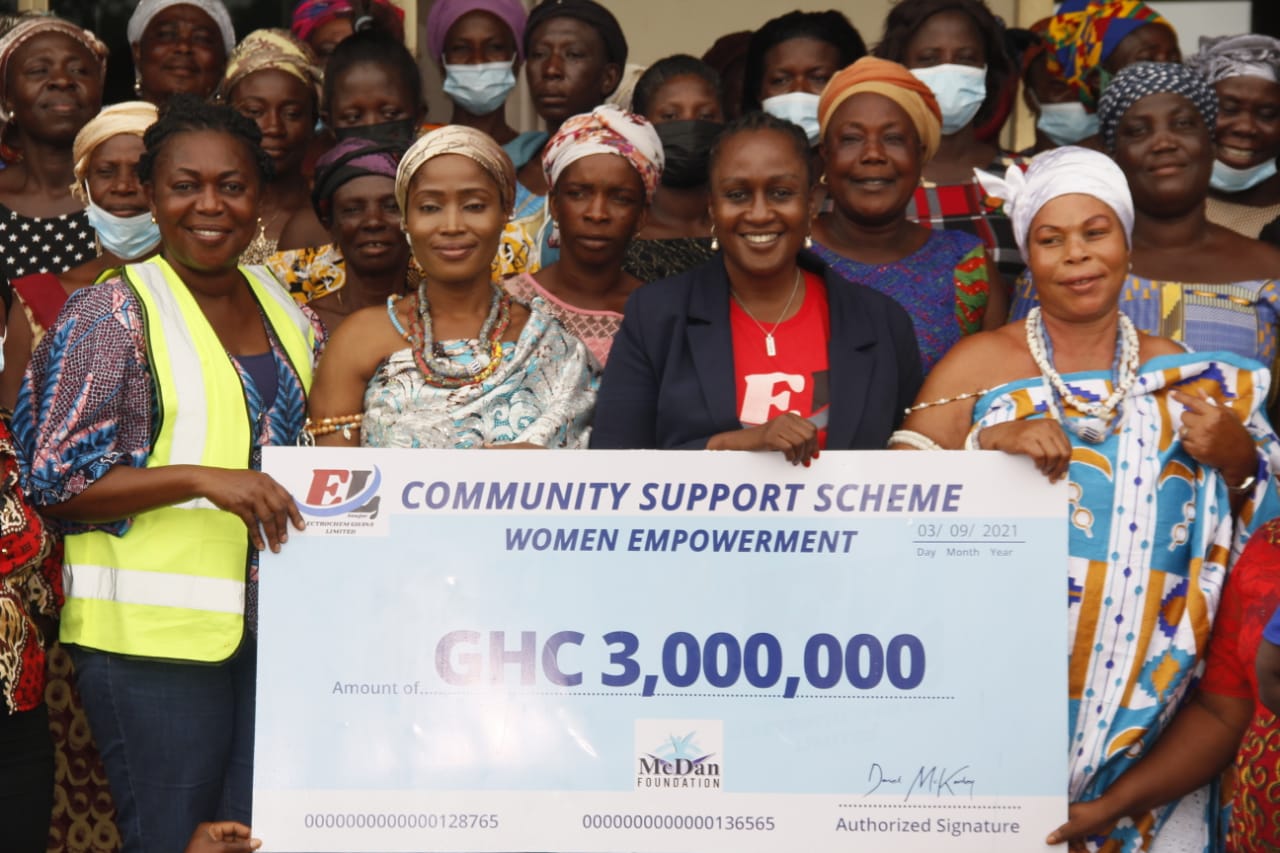 The Chief Executive Officer of the McDan Group of companies, Mr Daniel McKorley, has provided interest-free loans to more than 1000 women in Ada and its environs in the Greater Accra Region.

The total amount GHS3,000,000.00 (three million Ghana Cedis), which was presented at a short but colourful ceremony in Ada last Friday by the Community Support Scheme of Electrochem Ghana Limited, was given to owners of small-scale businesses in the Ada municipality.

The initiative, which was set up to empower women, is under the auspices of the McDan Community Support Scheme for Women Empowerment.

Electrochem Ghana Limited, a subsidiary of the McDan Group of Companies, on behalf of Dr McKorley, presented a dummy cheque of GHC3,000,000 to Naana Adiki Adi, the Queen Mother of Adibiawe, a royal community at Ada.

The loan, which was expected to be disbursed to the women with varying business portfolios in the community, has no interest. The intention is to help the women sustain their businesses after paying the loan.

Ms Dzigbordi Dosoo, the Project Consultant of Electrochem Ghana Limited, noted: "It is the hope of Dr McKorley to rid the streets of Ada of social vices such as prostitution, teenage pregnancy, child labour, theft and money rituals."

“Dr Mckorley has more in the offing for the people of Ada and the Ga-Adangme community in the Greater Accra Region,” she added.

Ms Dosoo stated that, aside from the loans going to recapitalise the collapsed ventures of businesses in the community, it was also expected to revive businesses that collapsed due to the Covid-19 pandemic.