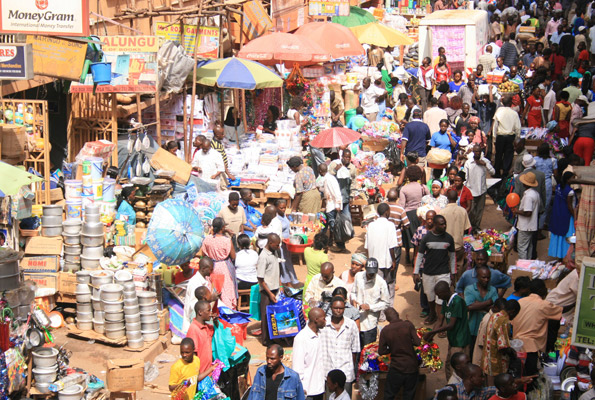 The report by the Ghana Statistical Service (GSS) Ghana living Standards Survey Round 7, on Ghana’s Poverty Profile, sought to provide information on household consumption and expenditure; data for the estimation of poverty and inequality indices at the national and sub-national levels; and data on employment and labour underutilisation.

It was also to provide information on health, education, asset ownership and access to services.

Ghana has conducted seven rounds of living standards survey. The seventh round was implemented in 2016/17.

The report revealed that poverty remained a rural phenomenon with rural savannah still ranking highest in poverty rates among the ecological zones and it was the only zone that experienced increases in poverty rates in 2016/17.

Again, 26 per cent of all poor persons in Ghana were found in the Northern Region, which has over the period contributed to poverty more than any other region.

“The three northern regions contribute more than 40 per cent to national poverty. In Ghana, growth has remained the engine of poverty reduction. In the absence of inequality, poverty reduction will have been larger,” it stated. 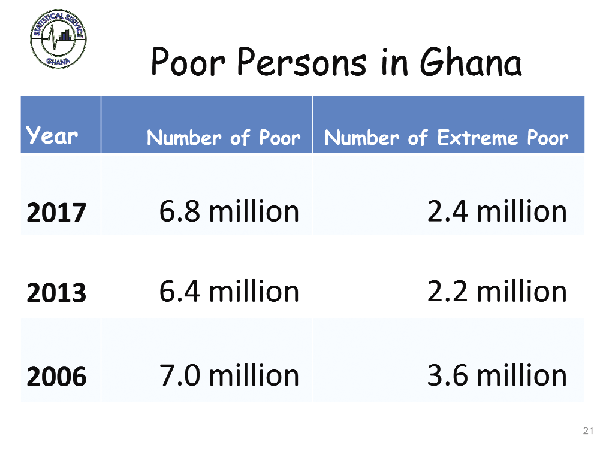 According to the report, households headed by farmers remained the poorest in Ghana and declined among the ones with heads engaged as self-employed (non-agric).

In terms of asset ownership, the percentage of households owning other durable goods decreased in urban areas, apart from mobile phones, fans and television.

A United Nations Development Programme (UNDP) on Northern Ghana Human Development Report, launched last month, explored the development challenges and opportunities in the north and offered suggestions for poverty reduction in the zone.

Known as “Bridging the Poverty Gap and Fostering Socio-Economic Transformation for All”, it revealed that the region required more efforts to transform the zone for the country to achieve the Sustainable Development Goals (SDGs), especially, SDG1, which aims at eradicating poverty in all forms everywhere.

It recommended massive investments in infrastructure developments and recognised the importance of complementing the government’s one-village, one-dam initiative to boost agricultural production in the northern zone. — GB