What is a Super-App? 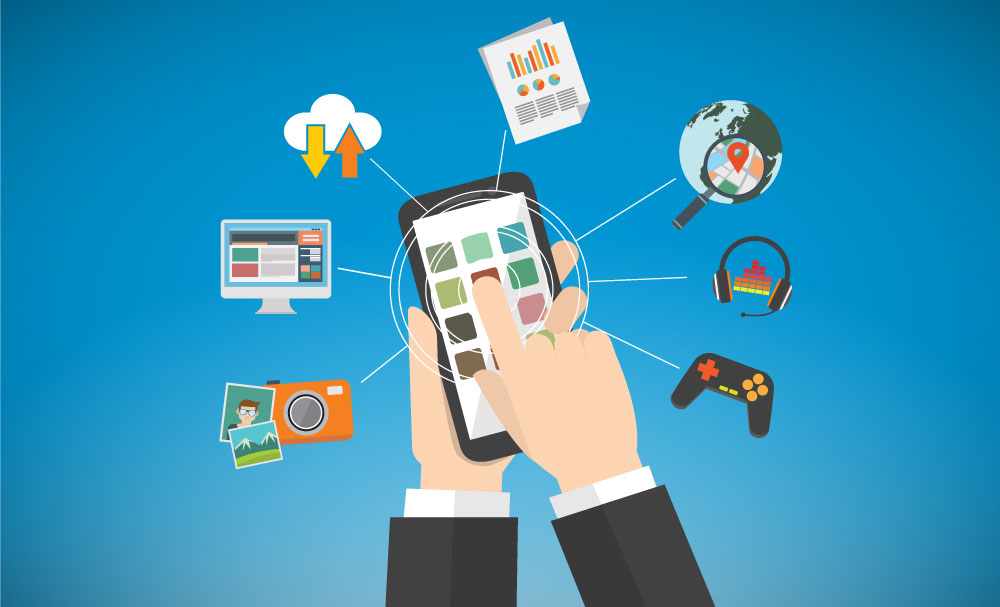 The solution to this is an all-inclusive App known as a "super App. Follow @Graphicgh

Over 15 billion mobile devices are operating worldwide and the many Apps serve as a tool that enables users to utilize many services. In 1997 Nokia released their 6110 model which came with an in-built game called "snake". Since then, mobile apps have grown into a multibillion service. Today, a typical mobile user cannot function without a personal, social, business, pleasure, education and religion mobile App.

Currently, the Google play store and the Apple App Store are the most popular places you go to download and use a mobile App created and hosted on these platforms.

There are millions of mobile Apps on the market today, with new ones made each passing day. Mobile phone users are faced with the difficulty of dealing with too many mobile Apps. A typical heavy user of mobile Apps may have between 45 to 55 different ones, with each typically requiring a user name and password.

The solution to this is an all-inclusive App known as a "super-App," a single App that does multiple jobs, a term purported to be coined in 2010 by Mike Lazaridis, founder of Research in Motion, developers of Blackberry. The main selling point of a super-App is that instead of downloading multiple Apps for different functions, you can rely on one App to serve different needs such as shopping, food delivery, health and insurance services; bills and utility payment, getting a massage, ride-hailing, money transfers, banking, entertainment, finance, social networking, sports, etc.

China's WeChat App is considered one of the first super-Apps, its parent company Tencent, transformed its messaging App by integrating a variety of services such as rides, virtual wallets, medical consultation, hotel reservations, etc.; currently, there are over 1.25 billion active monthly users on WeChat. Other examples of super-Apps are Alipay also in China, Gojek, GoTo, and Grab in Southeast Asia, TataNeu, Paytm, and Reliance Jio in India; OMNi and RAppi in Latin America. In Africa, M-Pesa, VodaPay,Gokada and Gozem.

Uber, the popular rideshare app is adding food and retail delivery services and thus mimicking a super-App. Still, it is not a super-App per se since users are expected to download, sign up and provide financial information for all three services. Although Facebook resembles a super-App, it too is not one, due to the fact that it does not have payment capabilities yet, is hampered by privacy regulations and does not offer room for third-party integrations, all of which limit its ability to serve as a super-App. PayPal also plans to roll out a "super-App" that combines direct deposit, bill pay, savings, a digital wallet, peer-to-peer payments, shopping tools, crypto capabilities, and more.

There are no universal defining characteristics of what constitutes a super-App, therefore, emphasis is placed on any App offering aggregated services, including social media, e-Commerce services, transportation services etc.

Super-Apps are becoming popular due to some key advantages such as minimizing user exposure to identity theft, no need for multiple registration and login, no need to learn a new way of using multiple Apps, provides cost savings in terms of data usage since updates for instance are done on one App instead of multiple Apps and it is fast and easy to set up.

Although the consolidation advantage offered by a super-App is a key unique selling point, it is bedeviled with a number of disadvantages; for instance if the super-App fails, it affects the ability of the user to function on a number of levels. Also, super-Apps come with the risk of personal data security issues. Since super-Apps have very detailed and accurate data about a user due to concentration of activities in one place, if such information is to fall into the wrong hands, it can reveal highly sensitive information about the user.

It is imperative to note that, it is nearly impossible for even a super-App to provide all requisite services, therefore, there are always going to be standalone Apps. A middle ground could be having a cluster of supper Apps, for example, entertainment, financial, education, etc., instead of aiming to attain one that does it all.

In conclusion, super-Apps are growing in popularity since it is the natural progressive step in the evolution of mobile solutions, more so, it offers numerous tailor-made functionalities and convenience for end-users. The viability of the super-App is now proven, and its growing success means it will be an essential component of mobile phones in years to come.

Kwami Ahiabenu, II (Ph.D.) is a Technology Innovations Consultant
E-mail: This email address is being protected from spambots. You need JavaScript enabled to view it.