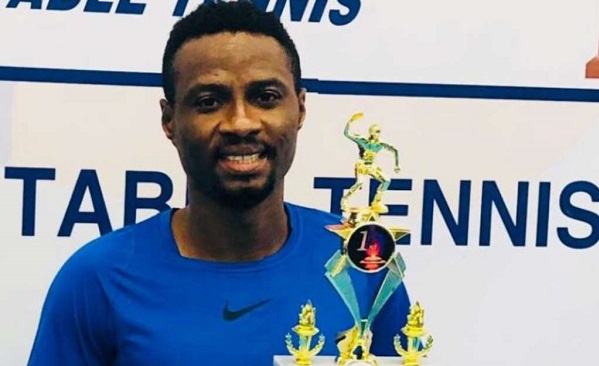 Ghanaian table tennis star, Felix Lartey, followed in the footsteps of compatriot Courage Nenevie when he picked four trophies at the just-ended season in the USA.

Lartey, who underwent a training tour of the United States in the last six months ahead of the 2022 Commonwealth Games, said the tour had been beneficial towards his development and preparation for upcoming competitions.

Speaking to the Daily Graphic, the national star said he was happy with his progress which reflected in winning four trophies for which he expressed his gratitude to the Westchester Table Tennis Centre for the opportunity to use their facilities to train and compete.

He said his victory did not come easy and explained that a lot of hard work went into it, having played against some of the best players in the game, including a Canadian national team player whom he defeated before being crowned champion.

Lartey, who is currently in the country on holidays, said he would donate balls and other equipment worth about $2,000 to the Ghana Table Tennis Association and also support the training of young players at the Felix Lartey Foundation based at Jamestown in Accra.

He admitted that the tour of the USA had been beneficial because he had seen sharp improvement in his game and felt it was the right preparation needed ahead of the Commonwealth Games in Birmingham next year.

Lartey also expressed his gratitude to the Immigration Service and the sport’s governing body in Ghana for their support during the trip.