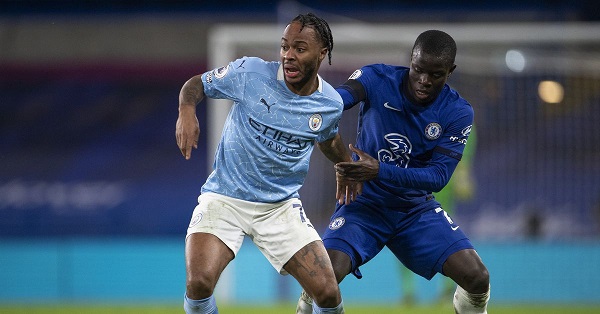 Chelsea and Man City will clash on Saturday in the FA Cup semifinals
30.5k Shares

SuperSport viewers on DStv and GOtv can look forward to action from the 2020-21 Premier League, FA Cup and Serie A seasons, with matches scheduled for April 16-22, 2021.

SuperSport is your #HomeOfFootball and the ultimate destination for lovers of ‘The Beautiful Game’.

The first semifinal in this weekend’s FA Cup action sees Chelsea face Manchester City at Wembley Stadium on the evening of Saturday, April 17. The Blues are looking to return to the FA Cup final for a second successive year (after their defeat to Arsenal last season), while the Citizens were last in the final in 2019, when they famously thrashed Watford 6-0.

The teams last met in a Premier League clash at Stamford Bridge earlier this year, with City claiming a 3-1 away win thanks to goals from Ilkay Gundogan, Phil Foden and Kevin De Bruyne.


"I trust my players so much. They don't trust me but I trust them with their quality!" said City boss, Pep Guardiola coming into this clash, while Chelsea manager Thomas Tuchel is enjoying his side’s FA Cup adventurem, but wants “more precision” going forward: “We need to catch the momentum to be sharper, to be closer and to be more aggressive,” said the German tactician.

The second semifinal on Sunday, April 18 sees Wembley Stadium host a clash between Leicester City and Southampton – the two dark horses for the trophy. The Foxes showed their pedigree by putting out Manchester United in the previous round, but they would do well not to underestimate a Saints side which can afford to put all of their effort and intensity into this clash.

“I think we have shown in the FA Cup against Bournemouth, okay only a Championship team, but even there we have shown what made us strong and how we can play,” said Southampton manager Ralph Hasenhuttle. “We expect a much tougher game now against Leicester, but (we must have) the same behaviours and same effort, then we have a chance to win against them.” 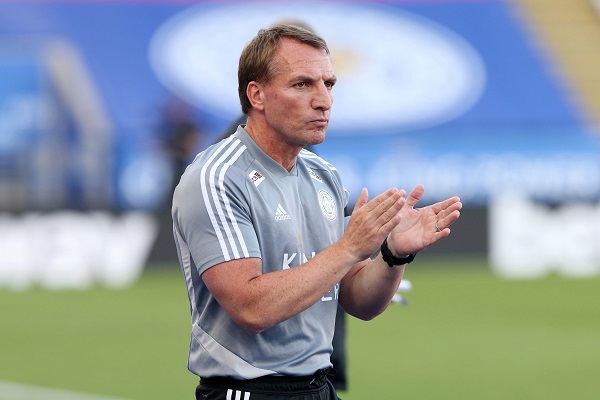 The evening of Monday, April 19 is headlined by a potential thriller between Leeds United and Liverpool -– the teams played out an amazing 4-3 win for the Reds at Anfield when they met back in September 2020 -– while the remainder of the week features the FA Cup semifinalists catching up games, as Chelsea host Brighton & Hove Albion on Tuesday, Manchester City visit Aston Villa on Wednesday and Leicester host West Bromwich Albion on Thursday.

The headline fixture from Serie A this weekend sees league leaders Internazionale head to Stadio Diego Armando Maradona on the evening of Sunday, April 18 to face hosts Napoli.

While Inter are looking to push themselves closer to a first Serie A title in more than a decade (their last came back in 2010 as part of the treble they won under Jose Mourinho), Napoli are in a scrap for a berth in next season’s UEFA Champions League with Milan, Atalanta, Juventus, Lazio and Roma.

The Nerazzurri boss Antonio Conte knows that the Scudetto is close for his team, but has warned against complacency in this final stretch of the season.

“We know full well that Serie A is very difficult and every match is a battle to get the victory. The closer we get to the finish line, the clearer we can see the prize at the end,” said Conte. “Everyone is looking at that direction and we see it from a different angle to the others right now, but we still have it all to do. We've achieved nothing yet.”

Napoli manager Gennaro Gattuso wants his side to keep their heads down and “think of one opponent at a time” as they focus on their goal of finishing in the top four of the standings. The Neapolitans boss has come under fire from many quarters this season, but a Champions League qualification amidst such tough competition would be a fine achievement.

Elsewhere in Serie A this weekend, that top-four battle will see a key clash between Atalanta and Juventus in Bergamo, with even Bianconeri stalwart Giorgio Chiellini admitting that hopes of winning the league are gone.

“We have to stay united and do as little talking as possible. Let’s avoid proclamations, instead working day after day. We must go forward and try to do our best so we can achieve an important target for us, a Champions League place,” said the defender.

The round also sees Torino scrapping for their lives in a home clash with Roma, Lazio hosting Benevento and Milan looking to claim three vital points at home to Genoa, with Ivorian Franck Kessie set to play a major role for the Rossoneri once again.
No rival can compete with SuperSport’s coverage. Our viewers on DStv and GOtv can see all their favourite stars from the African continent dominating in leagues across Europe.