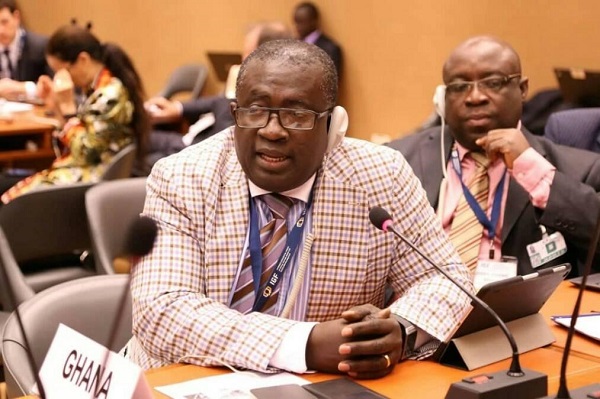 The chairman of the Black Galaxies Management Committee, Dr Toni Aubynn, says the team is determined to go all out to the final of the tournament.

According to him, it was unfortunate that a football powerhouse like Ghana has twice played in the final of the competition but was yet to return home with the trophy.

He told Graphic Sports in an exclusive interview yesterday that the Galaxies were determined to change the script now and, therefore, expressed the hope that a different story would be told this time round.

“That’s our hope and prayer. It is quite unacceptable that since the inception of this tournament, a giant football nation like Ghana has not got its name inscribed on the trophy. Don’t forget that the last time we qualified was 2014 so we really mean business,” he assured.

Dr Aubynn explained that the strong comeback that the players exhibited during their game against Sudan was an indication that the team was ready and willing to make the nation proud.

“The fact that we came back to win from a goal down probably attests to the determination and resolve of the team,” he noted.

He said both management and the players were disappointed after losing their first game to Madagascar, but he quickly added that, historically, Ghanaians were slow starters in tournaments but were able to recover as the tournament progresses.

“Everybody, including the playing body, were disappointed with the first match result but the team made amends and successfully recovered, overcoming a very determined Sudanese side.

“Don’t forget that it’s been a historical behaviour of our national teams to start slowly. You remember Ghana in Angola 2010; in spite of the rugged start, we went to the final,” he recalled.

He, however, blamed the cold weather in Algeria as having a negative impact on the team, especially after coming from a warm climate like Ghana, but disclosed that the team had enough warm clothes to support them against the weather.

“Certainly, the weather is quite inclement; very cold for an average Ghanaian. But so also is it cold for all the other competitors in the tournament so we can’t complain.

“Fortunately, we have enough warm clothing to mitigate the inclement weather conditions,” he stated.