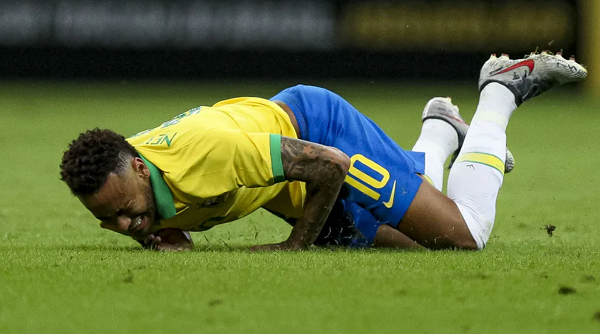 The Brazil national football team had an injury scare on Wednesday ahead of its upcoming international friendly match against Ghana when talisman Neymar suffered an injury.

Neymar suffered a cut on his knee during training and needed medical attention.

The Paris Saint Germain star laid on the grass for several minutes before getting back up to finish the training session.

Neymar is still expected to be available for Brazil when they play Ghana on Friday at the Stade Oceane, Le Havre on Friday, September 23, 2022.

Brazil and Ghana have clashed four times, with the Little Canary (as the Brazil team is nicknamed) winning all.

Their first ever meeting was a friendly in 1996, with Brazil parading stars such as Rivaldo, Dida, Aldair, Juninho to thump a 10-man Ghana side 8-2 after Emmanuel Osei Kuffour was sent off.

Their second meeting was during Ghana's first appearance at the Germany 2006 World Cup Round of 16 stage which Brazil won 3-0.

However, the margin was much closer in similar friendlies in March 27, 2007 and September 5, 2011, both of which ended 1-0 in favour of the South Americans.