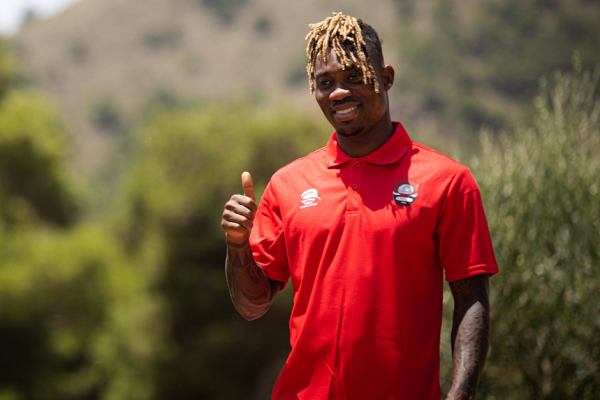 Atsu, 29, joins the Pro League side on a two-year deal.

"I am very happy to sign for Al Raed football club, I can't wait to meet you fans and this season is going to be great, Insha Allah," Atsu said in a video shared by the club on social media.

He was a free agent following the expiration of his contract with Newcastle United in the English Premier League.

The former Porto and Chelsea player will be looking forward to more playing time after being frozen out in his final season at Newcastle.

He made 107 appearances for Newcastle and scored 8 goals during his five-year stint on Tyneside but found game time difficult to come by in the just-ended English Premier League season.

Atsu was left out of Newcastle’s 25-man Premier League squad at the start of the season, but then added back into it in January, following the exit of DeAndre Yedlin to Galatasaray.

However, Atsu was not called onto the bench once in the final months of the 2020/21 campaign, despite Bruce’s Magpies suffering an injury crisis with Callum Wilson, Allan Saint-Maximin, Joelinton, Miguel Almiron and Ryan Fraser all spending time out of the side.

He had been linked with transfers to Championship side Huddersfield Town and Scottish giants Glasgow Celtic.