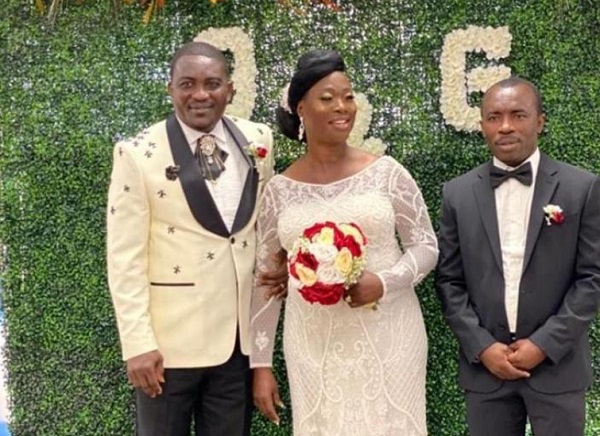 The Ghana Premier League legend reportedly wed Gloria Fokuo at a ceremony which had many of his former teammates in attendance.

His former Asante Kotoko teammate Stephen Oduro, a man who has laid many assists for him on the football pitch was on hand once again to assist him as his best man.