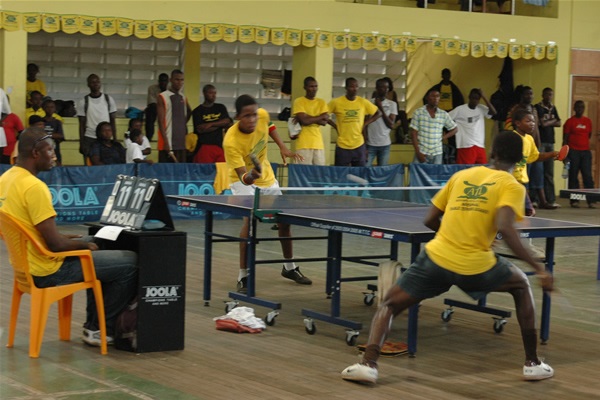 Over 200 table tennis players from across the country are expected to converge at the D. G. Hathramani Sports Hall of the Accra Sports Stadium on Saturday, August 27 for the 2022 Homowo Table Tennis Championship.

The one-day competition, an annual tournament is being staged to celebrate the Homowo Festival with the chiefs and people of the Ga Traditional Area and its neighbouring towns including Osu, La, Nungua, Teshie, Tema New Town among others.

The competition will be staged by the leadership of the Greater Accra Table Tennis Association with sponsorship from TT Brothers Limited.

The championship will be played in two categories, U-18 and main division by male and female table tennis players.

Speaking with a section of the media ahead of Saturday's event, the President of the Greater Accra Table Tennis, Solomon Akonnor mentioned that preparations were underway to ensure a successful competition.

According to Mr Akonnor, following the success of their last competition and the ongoing Greater Accra Table Tennis League, a lot is expected from the players who are anxious to compete on the day of the competition.

He added that the tournament will also afford players the opportunity to battle each other for the attractive prizes at stake as well as bragging rights.

The Head of Human Resource and Commercial Manager at T.T Brothers Limited, Princess Otchere indicated that her outfit decided to support the Homowo Table Tennis Championship as part of their social responsibility and contribution toward sports development in the country.

She said T.T Brothers Limited is well noted for their association with sports in Ghana especially with the disciplines of football, boxing, and weightlifting, adding that their investment in the table tennis competition will help enhance and develop talents for the country.

Matches of the Homowo Table Tennis Championship will be witnessed by veteran players and active players of the national team and will commence by 8 am on the event day.

Prizes such as trophies, medals and products from the sponsors will be presented to various winners.