StarTimes to broadcast all CHAN 2023 games 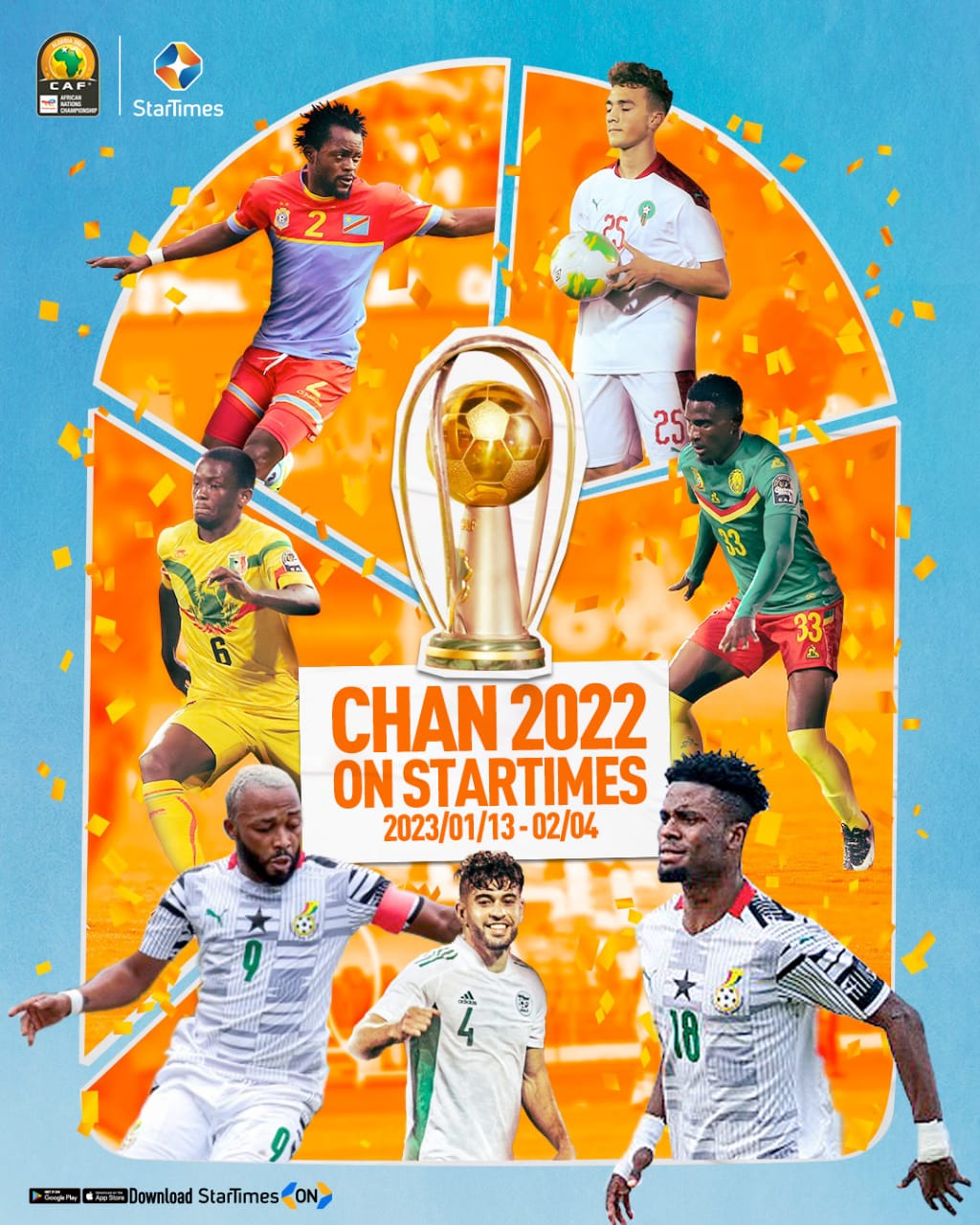 Africa’s leading digital TV operator, StarTimes will broadcast all 32 games of the African Nations Championship 2022 (CHAN 2022) tournament across its five sports channels and StarTimes ON App live and in HD.

StarTimes has also acquired the rights to the CAF AFCON 2021 and is entitled to broadcast all CAF CHAN 2022 matches in English, Portuguese and all locally-spoken languages.

The CHAN 2022 event will be held in Algeria from January 13 to February 4, 2022. It is the 7th edition of the biennial football tournament, in which only players competing in the local leagues of their country can participate.

For the first time in the history of CHAN, 18 countries will be competing for the title - an increase from the previous 16 nations.

Ghana’s Black Galaxies will be among the participating teams hoping to make a mark as former finalists having missed out on previous editions. Star players, Daniel Afriyie Barnieh and Gladson Awako will be seeking to lead the team to CHAN glory.

Two-time champions Morocco, who go in as the title holders, will be seeking to defend their crown and make it three title wins in a row.

Other teams which represented Africa during the 2022 World Cup including Senegal, Ghana and Cameroon, will also be leading the CHAN party.