Sellas Tetteh vows to save Liberty Professionals from relegation 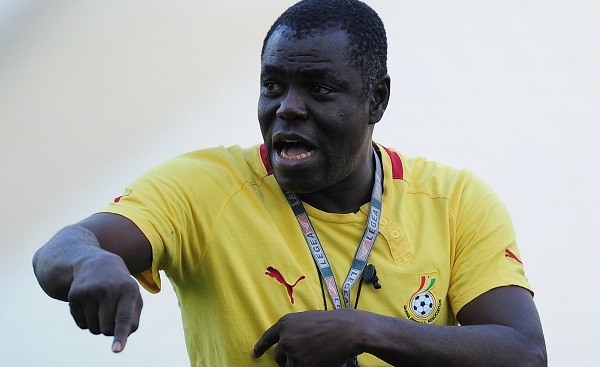 Sellas Tetteh is confident he can save the Scientific Soccer lads from relegation
30.5k Shares

Celebrated Ghanaian Coach Sellas (Borbor) Tetteh has said he will do all he can to help Liberty Professionals to retain their place in the Ghana Premier League after being brought on by the club’s management on a rescue mission until the end of the 2020/21 season.

Tetteh, who had previously handled Liberty on two different occasions (1996-2001) and 2009 to 2010, said he felt a sense of obligation to bring his wealth of experience to bear on a club whose success story he helped to build over the years.

The tactician, who led guided Ghana to win the 2009 African Youth Cup and the FIFA Under-20 World Cup, responded to an SOS call from Liberty President, Felix Ansong, following the sacking of David Oslo during whose reign the club sunk deep into the relegation net.

“This is a project I started and so I cannot watch and allow the club to continue struggling; I have to do my best with the support of my team to rescue the club. Liberty cannot go to relegation and by God’s grace we will survive,” assured Tetteh, who is assisted by former King Faisal Coach, Andy Sinason.

Since rejoining Liberty, 64-year-old Tetteh, known in football circles as Borbor, has led Liberty to straight victories against Techiman Eleven Wonders and Elmina Sharks, including a 2-0 victory over Berekum Chelsea last Saturday at Sogakope, the newly-adopted home grounds by the Scientific Soccer lads.

Until his arrival, Liberty had gone five matches without a win and were fighting for survival as they were in the bottom rungs of the league table. Last Saturday, the Dansoman-based side continued their flying start to the second round of the league and have jumped out of the relegation dragnet and now occupy the 14th position on the log with 24 points.

However, Tetteh reckons that his side face a tough clash at the Accra Stadium on Sunday where they face a strong Great Olympics side busied after suffering a humiliating 4-1 defeat to Ebusua Dwarfs last Saturday in Cape Coast.

“I know Olympics will come out fighting, but we will continue to work hard and fight hard match after match until we achieve our target to escape relegation. Everything is in God’s hands,” he said.

Rescue mission: Sellas Tetteh is back with Liberty for a third spell

The renowned coach, who previously managed the Rwanda national team from 2010 to 2011, last month resigned his job as the head coach of the Sierra Leone senior national side. He told the Graphic Sports yesterday that he would consider offers at the end of the season but would prefer taking up another coaching challenge outside Ghana.