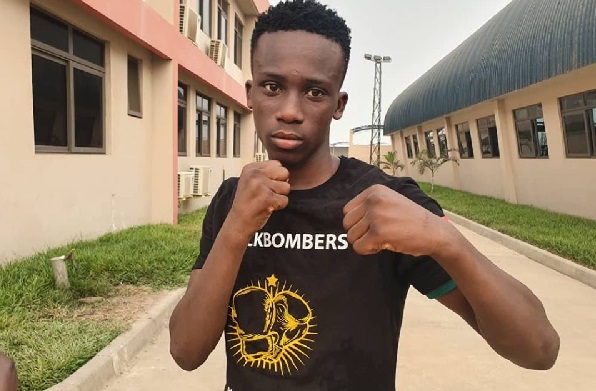 Olympic bronze medallist Samuel Takyi’s scheduled fight with Victor Kuwornu for the national lightweight championship has been postponed to February.

According to Bazooka Promotions and Management Syndicate, the bout could not take place due to Takyi’s ill health.

Takyi's managers believe the undefeated fighter would be fit to compete for the national title next month.

Takyi was said to have fallen sick days before the bout, a development which forced his promoters to go ahead with the bill without the headline fight.

“I am very open to making the fight happen in February because I believe he will be fit by then to be in the ring,” said Clement Quartey, manager of Takyi.

“We had to go ahead with the show without the headline bout because Takyi fell sick and we could not take chances.”

“The fight is something that everyone wants to see so we are committed to ensuring that the best fights happen,” he gave an assurance.

Takyi turned pro in April last year after ending Ghana’s 29-year wait for an Olympic medal by winning bronze in boxing at the Tokyo Olympics in 2021.

The 22-year-old boxer managed three victories in as many bouts last year and is looking forward to winning the national championship to propel him towards continental titles.