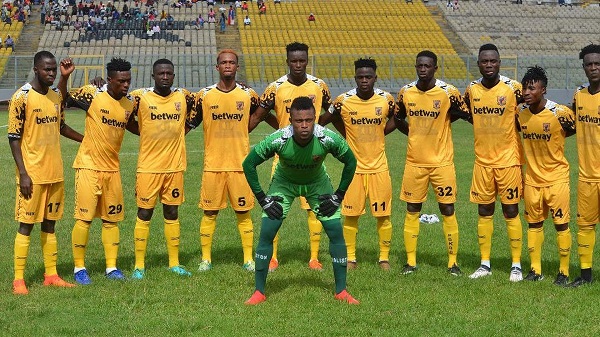 Former Premier League campaigners Ebusua Dwarfs and Liberty Professionals will engage Tamale City FC in a playoff to determine which club to replace AshantiGold in the topflight competition in the coming season after the Executive Council of the Ghana Football Association (GFA) took a decision last week to allow the three second placed clubs in the Division One League (DOL) to engage in a round-robin competition for the winner to replace demoted Ashantigold as the 18th club in the Premier League.

Ashantigold were effectively relegated to the third tier of Ghana football after the FA’s Appeals Committee rejected the club’s appeal against their demotion by the Disciplinary Committee of the FA which found them guilty of match manipulation against Inter Allies FC in a Premier League match two seasons ago.

Subsequently, both clubs were demotedn into the Division Two League.

According to a GFA statement, a draw will be held for the three teams to pick their opponents.

In a related development, the FA’s Executive Council has resolved that Na God FC, Agbogba FC and Port City FC/Abuakwa Susubribi FC will engage in a play-off with the winner replacing demoted Inter Allies FC in next season's DOL Zone 3 .

Following the rejection of Inter Allies’ demotion the FA decided that the three second placed clubs in the three Regional Second Division Leagues in Zone 3 take part in a promotional playoff in a league format.