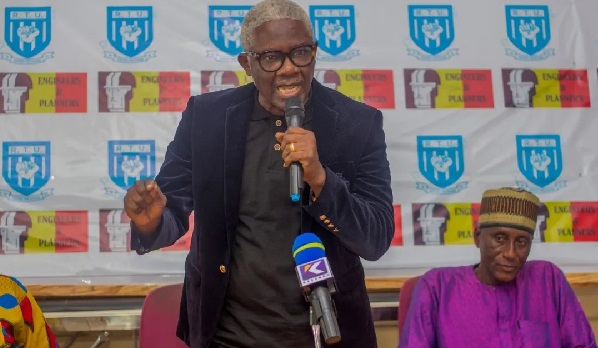 The Chief Executive Officer (CEO) of Real Tamale United (RTU), Mr Kassim Perez, has tendered in his resignation, effective September 5, citing an unworkable relationship with some board members of the club as his reason.

He complained about the refusal of the club to change their mindset, innovation and practice because of the behaviour of some board members.

“I hereby tender my resignation as the Chief Executive Officer of our beloved club, RTU, with effect from Monday, September 5, 2022,” he stated in a release.

Mr Perez thanked the board members who gave him wise counsel and support, his management team, a section of the supporters of the club for their unalloyed support, the former technical directorate headed by Coach Tanko Ibrahim Shaibu and the players, for their understanding.

He said his vision for the club was to adopt the global best practice in football administration, football business, to develop the club, and the need for standard operational procedures.

“However, it was obvious that some board members were apprehensive of this novel approach to football management because it entailed a change of mindset, perception and practice. Paradoxically, they decided to hound me out instead of adjusting to the innovation,” he revealed.

“Indeed, the governance of the club, as it is now, is not conducive for the application of best practice and the attainment of the mission, which was dear to my heart,” he bemoaned.

He said he found it impracticable to operate under such unreceptive, foggy situation, hence his decision to step aside.

“As far as I am concerned, I have kept faith with the club and discharged my duties diligently without being found culpable of any malfeasance.”

Mr Perez said his mission for the club was to absorb the pressures and turbulence of the Premier League in the first season, finish in the top eight in the second season and accelerate the team’s performance to be among the top four on the league table in the third year.