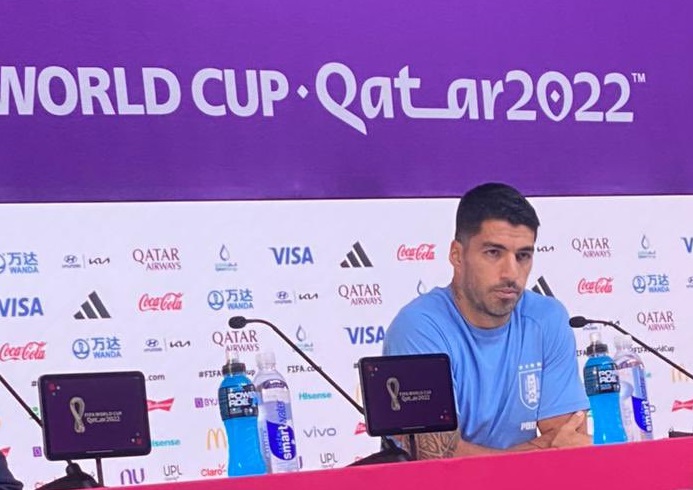 Veteran Uruguayan striker Luis Suarez says he will not apologise to Ghanaians over his handball at the quarter-final stage of the 2010 FIFA World Cup which ultimately denied Ghana a place in the semi-finals.

Uruguay controversially defeated Ghana in the quarter-final stage of the 2010 World Cup in South Africa with Suarez having a hand in the incident.

With the scores tied at 1-1, Suarez used his hands to clear Dominic Adiyiah's header and what surely would have been the extra-time winner.

The resulting penalty was rattled off the woodwork by Asamoah Gyan and the game progressed to a penalty shootout that Ghana lost 4-2.

Speaking at a pre-match conference today in Doha, Suarez said he had no apologies to give as his handball resulted in a penalty which was missed, adding that he was adequately punished with a sending-off.

"The first time, I don't apologise about that. Because, I take the handball - but the Ghana player miss a penalty, not me," Suarez said.

"Because I don't miss the penalty, you see the player who missed the penalty said that he will do the same in this situation, it's not my responsibility they shoot the penalty".

The Black Stars of Ghana will face Uruguay at 3 pm GMT at the Al Janoub Stadium for a place in the round of 16 of the FIFA World Cup Qatar 2022.

See the permutations for Group H which has Portugal and South Korea as other members.