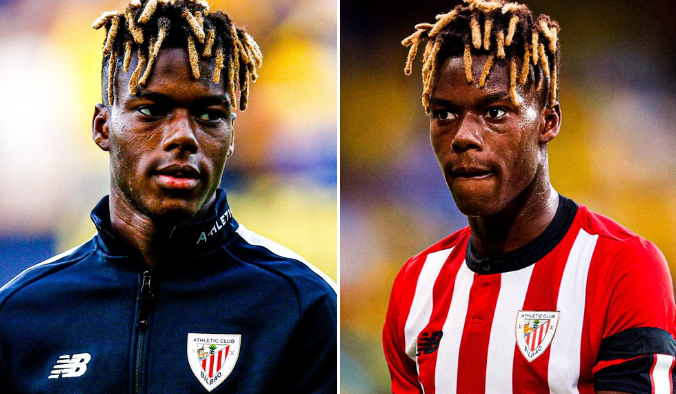 Ghana has all but missed out on Athletic Bilbao winger, Nico Williams representing the Black Stars after he was handed a call-up by Spain's national team.

Nico and his elder brother and club teammate Iñaki Williams were born to Ghanaian parents and courted heavily by the Ghana Football Association to switch international allegiance.

However, while Iñaki who played 30 minutes for Spain in a friendly against Bosnia in 2016 switched to represent Ghana, Nico in July this year during a visit to Ghana asked for more time to make a decision.

"I have been watching the Black Stars. I always want to see them [play] and learn from them,” he said at the time.

“I am so young at the moment and I’m focusing on myself, working hard. Whether it is Spain or Ghana [I don’t know yet]. I want to be the best and when the time comes, I will [make the decision],” he stated.

However, he is now in line to make his international debut for Spain at the senior level after being called up by Luis Enrique's 25-man squad for upcoming UEFA Nations League games against Switzerland and Portugal.

If he plays any minutes for Spain against Switzerland in Zaragoza on September 24 and plays Portugal in Braga three days later, he would still be eligible be represent Ghana, provided he does not play more than three competitive matches at a senior level prior to turning 21 years. Nico has also already played four times at U-18 level and fives times and U-21 level for Spain.

In September 2020, the 70th edition of the FIFA Congress approved a rule change that now allows players to switch if they have played no more than three competitive matches at senior level prior to them turning 21 including no appearances in FIFA World Cup finals matches or continental finals (e.g. the UEFA European Championship). However, appearing in a tournament qualifier would not.

Furthermore, players who played for their home country but not at senior level, who were under 21 at the time and have since lived in a new country for five years or more can apply for the right to represent their new place of residence.

This also applies to players that began living on the territory before the age of 10 for at least three years.

Nico would be looking to make a huge impression to earn a slot for Spain at the 2022 World Cup with the likes of Barcelona's Ansu Fati being left out of Enrique's latest call-up.

The call up comes on the back of his first Spanish league goal in the last round in a 4-1 victory for Bilbao against Elche.

Nico's elder brother, Iñaki has been handed a debut call-up by Black Stars coach Otto Addo today for friendlies against Brazil and Nicaragua ahead of the 2022 FIFA World Cup.

They will become only the second brothers of Ghanaian heritage to play for different teams if they are selected by their respective teams for the FIFA World Cup after Jerome and Kevin-Prince Boateng did so for Germany and Ghana.

In 2020, FIFA adjusted rules governing football players switching international associations after approving amendments to the Regulations Governing the Application of the Statutes at the organisation's 70th Congress.

Prior to the adjusted rules, a player could only switch nationalities if they had only played in friendlies and not a single minute of any competitive fixture, which included qualifiers and international tournaments.

The rules have now been relaxed, allowing a player to change nationality as long as they have only featured in three international fixtures, including qualifiers - but not tournaments like the World Cup, must have been less than 21 years of age at the time of playing and can only switch after three years of no international activity.

The new rules outlined at the 70th FIFA Congress are now applicable if the player:

- At the time of being fielded for their first match in an official competition (at any level) in any kind of football for his current association, they held the nationality of the association which he wishes to represent

- At the time of being fielded for their last match in an official competition in any kind of football for their current association, they had not turned 21 years old