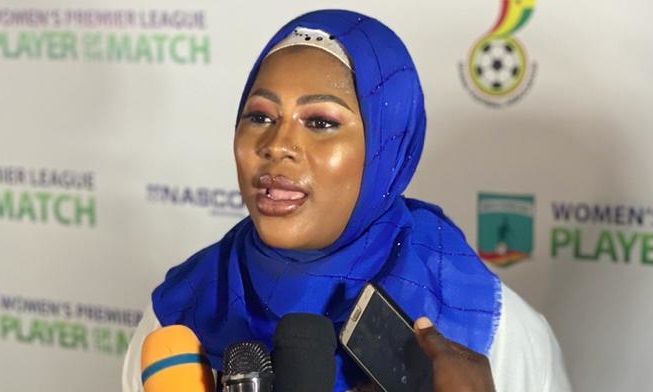 Announcing its sponsorship package for the season at a brief ceremony at its head office, the Marketing Manager of Electroland Ghana Limited, Mrs Adiza Kubura Sadiq said the enhanced package was the company’s commitment to not just make the leagues competitive and exciting, but also to help in the promotion of the game.

“The best player in either league for this season will also be offered a fully paid weekend retreat for two at a first-class resort in Ghana.

“We believe the package to both players and coaches will bring the best out of them and certainly, that will make the competitions competitive,” Ms Sadiq said.

Per the sponsorship agreement, players adjudged the best at the end of each match will receive a mobile phone in addition to some other NASCO products

At the end of each month, both players and coaches who win will the prize will receive a television set and a trophy.

The Best GPL Coach of the season is also set to receive a GHC7000 shopping voucher for NASCO products.

The Best WPL coach on the other hand, will receive a GHC5000 shopping voucher for NASCO products.

While the GPL has already begun, the WPL is set to kick off on the weekend of January 15, 2021.

The Vice-Chairperson of the Women’s Premier League Management Committee, Ms Rosalind Koramah Amoh, on behalf of the GFA, expressed appreciation to Electroland and NASCO for the improved packages and stated that it would serve as a motivation for the players and coaches going into the season.

“These enhanced packages will motivate all teams and certainly, bring the best out of the competitions as both coaches and players strive to win the prizes made available.

“ This will also add to the quality of performance and competition. On behalf of the WPLMC and the GFA, I say thank you very much and we look forward to an exciting season, partly to be made possible by your kind gesture,” she said.